In Memory of
Sean P.
Nally
1953 - 2017
Click above to light a memorial candle.
Memorial Candle Tribute From
Dery Funeral Home
"We are honored to provide this Book of Memories to the family."
View full message >>>
Send Flowers
Menu 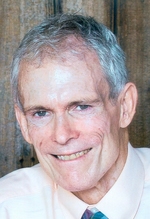 Sean P. Nally, 63, of 8 Elizabeth Street passed away peacefully on Wednesday, May 3, 2017. Born on September 21, 1953 in Newport, RI, he was the son of Janice Paquette Nally of King of Prussia, PA and the late Joseph F. Nally. Sean was educated in New Hampshire schools and was a graduate of Pembroke Place High School. He later received a degree in interior design from the Philadelphia College of the Arts. He was unable to pursue his dream career due to poor health. He enjoyed reading and art. Besides his mother of Pennsylvania he leaves his wife; Patricia Desaulniers Nally of Pittsfield whom he married on September 29, 2000. Two brothers; Kevin Nally and his wife Paula of King of Prussia, PA and Michael Nally and his wife April of Bensalem, PA. Three stepchildren; Adrienne Lavalle and her husband Colin Coan of Milan, NY, George Lavalle and his wife Tonia of Pittsfield and Melanie McGrath and her husband Kyle of South Lee, MA. He also leaves his beloved granddaughter; Kaedyn Lavalle of Hinsdale. Sean’s family would like to thank Dr. Paul Silverstein and the entire staff of Berkshire Urology for their exceptional compassion and care over the years.


FUNERAL NOTICE: A Celebration of Life for Sean P. Nally who passed away May 3, 2017 will be held at a later date to be announced. There are no calling hours. Memorial donations in memory of Sean may be made to the charity of ones choice in care of the DERY FUNERAL HOME, 54 Bradford Street, Pittsfield, MA 01201 which is handling arrangements. To share a memory or condolence with the family please visit www.deryfuneralhome.com

To send flowers to the family or plant a tree in memory of Sean P. Nally, please visit our Heartfelt Sympathies Store.