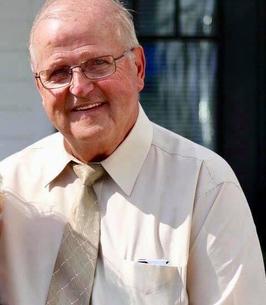 Memorial Candles Lit for Robert | SEE ALL
Light a Candle
"We are honored to provide this Book of Memories to the family."
— Dery Funeral Home
Funeral Details Memory Wall Photos & Videos Send Flowers

Print
Robert E. Ginthwain, 81, of Dalton MA, passed away November 7, 2018, at Berkshire Medical Center.
Born in Pittsfield on December 29, 1936, the son of Kristantos and Elizabeth Eurbin Ginthwain, he was a graduate of Pittsfield High School.
Robert was a United States Army Veteran, having served in the Korean War and was in the Third Infantry in Fort Benning, Georgia.
He married the former Gail Robinson in 1985.
For 35 years he worked at General Electric in the Power Transformer Department.
Robert attended First Baptist Church in Pittsfield and was an avid golfer. He was on the Board of Directors at Berkshire Hills Country Club, and won many championships including; the 1975 Berkshire Allied Singles, 1976 and 1980 Berkshire Hills Championship, and the 1975 GEAA Championship.
Besides his wife, Gail Ginthwain of Dalton, he leaves behind his daughters, Kathy Buckley of Hinsdale, Robin Anastasio of Dalton, Kristine Haley of Adams; step-daughters, Karen Allison of Lanesborough, Kathryn LeVardi of Waxsaw, NC, and step-son John Winslow of Charlotte, NC; seventeen grandchildren, and eleven great-grandchildren.
He was predeceased by his son Robert David Ginthwain.

FUNERAL NOTICE: Funeral services for Mr. Robert E. Ginthwain will be held, Wednesday, November 14, 2018 at 10:00am at First Baptist Church in PITTSFIELD. Calling hours will be held, Tuesday, November 13, 2018 from 4:00-7:00pm at DERY-FOLEY Funeral Home in DALTON. In lieu of flowers, memorial contributions may be made in his name to the Hole In The Wall Gang, in care of the Dery-Foley Funeral Home, 890 E. Main St, Dalton, MA 01226.

To send flowers to the family of Robert Ginthwain, please visit our Heartfelt Sympathies Store.

We encourage you to share any memorable photos or stories about Robert . All tributes placed on and purchased through this memorial website will remain on in perpetuity for future generations.

Provide comfort for the family of Robert  Ginthwain by sending flowers.
Send Flowers
next page >>
Page 1 of 0
Share
×