To share your memory on the wall of Joel Goddard, sign in using one of the following options:

Print
Joel D. Goddard of Hinsdale passed away after battling cancer for several months surrounded by his family on Friday, April 3, 2020.

Born August 18, 1947 in Pittsfield, the son of John and Lucille Goddard, he was a football player and 19... Read More
Joel D. Goddard of Hinsdale passed away after battling cancer for several months surrounded by his family on Friday, April 3, 2020.

Born August 18, 1947 in Pittsfield, the son of John and Lucille Goddard, he was a football player and 1965 graduate of Wahconah Regional High School.

Upon his return to the states, he drove from Camp Lejune, NC to Uma, AZ in his bright red with black interior 4 speed 2 bucket seat MG sports car. At the Marine Corp Air Station he became a drill instructor and served on the Marine Corp Search and Rescue Squad; honorable discharging in 1968 as an E-6 Staff Sargent.

After returning home, he married Lynn Taginski of Pittsfield. Their family would live in Dalton where he owned and operated J.D. Goddard Concrete Foundations, Inc. for 25 years. He was employed as a carpenter at Camp Romaca for Girls where he worked for 23 years until the time of his death.

Joel’s children wish to acknowledge the great care and comfort given to their father by his primary caregivers, Tammy Goddard Pudlo and John “Vosman” Vosburgh, with whom he made his home.

Joel will be remembered for his humor and charisma, hard work, love and service to our country and family, and being a huge Celtics and Larry Bird fan. Most of all, “What’s that on your shirt?”. Oorah!

FUNERAL NOTICE: Due to the current COVID-19 situation, funeral services and inurnment will be conducted at a later date. In lieu of flowers, donations should be made to Post 65 Vietnam Veterans Association in care of DERY-FOLEY FUNERAL HOME, 890 E. Main St, Dalton, MA 01226.
Read Less

To send flowers to the family or plant a tree in memory of Joel D. Goddard, please visit our Heartfelt Sympathies Store.

Receive notifications about information and event scheduling for Joel

There are no events scheduled. You can still show your support by sending flowers directly to the family, or planting a memorial tree in memory of Joel D. Goddard.
Visit the Heartfelt Sympathies Store

We encourage you to share your most beloved memories of Joel here, so that the family and other loved ones can always see it. You can upload cherished photographs, or share your favorite stories, and can even comment on those shared by others. 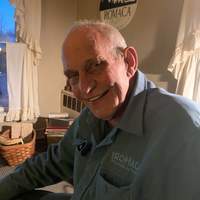