To share your memory on the wall of Jeanne Massimiano, sign in using one of the following options:

Jeanne attended schools in Texas and spent the rest of her adult life in Pittsfield. When she was unexpectedly widowed in 1966, she took an active role in Pittsfield and Berkshire County through employment and volunteer efforts in human services, politics and the arts. She viewed each new activity as an adventure. Her first position was with the Berkshire County Red Cross as Director of Service to Military Families and Disaster. The skills she acquired from working in disaster relief served her well when she left that position to carry out the duties of Code Enforcement Director of the Pittsfield Department of Public Health. During this period Jeanne was in charge of a federal HUD program to bring housing up to standards and improve the living conditions and health of many Pittsfield families.

After the HUD program ended, Jeanne became the Manager of the First Congressional District Offices for Representative Silvio O. Conte, supervising his offices in Pittsfield and Holyoke. Leaving the Congressman’s office after nine years, she became the Director of the Berkshire office of the Western Massachusetts Health Planning Council and was active in the development of the Health Systems Five Year Plan for all hospitals and nursing homes in the Berkshire and Greenfield service areas. She was also active with community agencies and helped to develop and fund the Children’s Health Clinic in South Berkshire.

In 1982, Jeanne was recruited as a consultant to the Office of Population Affairs, U.S. Health and Human Services Department, in Washington, D.C. to network adolescent health services, in particular, those involving adolescent pregnancy and prevention. In this position, she conducted seminars in technical assistance to community agencies in several of the federal regions. An outgrowth of this activity was the National Organization of Adolescent Pregnancy and Prevention of which she was a founding member.

While working in Washington D. C., Jeanne was contacted in 1983 by General Electric Company in Pittsfield to develop a Health Fair for the City of Pittsfield. Assisted by community health agencies and GE staff, she supervised the event that was held at the Pittsfield Boys & Girls Club and was widely attended.
When Jeanne returned to Pittsfield fulltime in 1984, she became a consultant in adolescent health for the Massachusetts Department of Public Health for Maternal and Child Health Projects, where she was instrumental in obtaining funding for OB-GYN services at the Holyoke Community Health Clinic and in establishing an off-site maternity clinic at the Providence Hospital.

While Jeanne loved her involvement with public health services and politics, the twenty-five years she spent as a volunteer and later full time employee with the Boston Symphony Orchestra at Tanglewood was truly memorable. She started as a volunteer in 1972 developing a retail program on a card table which ultimately resulted in two large stores. As sales grew, she made the decision to leave her consulting work and become a full time employee as manager of the stores, and as buyer and designer of clothing and gifts sold in the stores until her retirement in 1997.

Retirement, however, was not to be for an energetic person like Jeanne. After a year she joined the clerical staff of the law firm of her son, Anthony, where she learned a variety of legal tasks which she enjoyed almost as much as she did the wonderful staff and attorneys who accepted her as the grandmother of the firm. While working for the law firm, she enthusiastically volunteered with the campaigns of James Ruberto, truly a labor of love as Jeanne loved Pittsfield and believed in and supported fully his vision for the city’s future.
In addition to her professional pursuits, Jeanne had many other interests. Most prominently, she was dedicated to all that was important in her family’s lives. Being a grandmother was a constant joy to her. She loved being a part of her grandchildren’s lives and an avid fan of their school sports, faithfully attending all of their games.

Always busy, Jeanne was an avid reader and bridge player with her close friends. Her true passion, however, was oil painting. She was an accomplished portrait painter and she actively pursued her art until her death, often as an expression of affection for her family and many friends.

Jeanne received several awards during her varied careers, including the Rotary Club’s David B. Kagan Community Service Award, Holyoke Community Service Award, and the Hospitality Award from the Governor’s Tourism Council. In addition, she served on many community boards including the former City Savings Bank, the United Way, Berkshire Children and Families and the Children’s Health Program of South Berkshire.

It is with deepest regret that the funeral services for Jeanne Simmons Massimiano, originally scheduled for Monday, March 16, 2020 at 10:00 A.M. at St. Charles Church, Pittsfield, MA, are cancelled out of concern for the health and safety of her friends and family due to the Coronavirus threat. A memorial service will be rescheduled in the future.
Read Less

To send flowers to the family or plant a tree in memory of Jeanne Massimiano (Simmons), please visit our Heartfelt Sympathies Store.

Receive notifications about information and event scheduling for Jeanne

There are no events scheduled. You can still show your support by sending flowers directly to the family, or planting a memorial tree in memory of Jeanne Massimiano (Simmons).
Visit the Heartfelt Sympathies Store

We encourage you to share your most beloved memories of Jeanne here, so that the family and other loved ones can always see it. You can upload cherished photographs, or share your favorite stories, and can even comment on those shared by others. 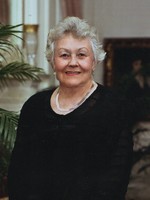