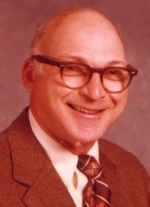 Dalton: Jacob “Jack “ Franklin, 98, longtime Dalton resident and educator, passed away on Sunday, May 28, 2017. Born on August 8, 1918 in Webster, MA, he was a son of the late Meyer and Mary Levinsky Franklin. He proudly served in the United States Army during World War II and continued his service as a twenty-year member of the Air Force Reserves, retiring with the rank of Lt. Colonel. Educated in Webster schools, he was a 1936 graduate of Bartlett High School. He graduated from NYU in 1939, obtained a master's degree in education from Worcester and Clark after the war, and continued graduate study at Columbia. He married the late Linnie Pepper Franklin (d. 9/29/1989) on September 22, 1944 in Syracuse, New York. He began teaching English at the former Dalton High School in 1949. He served as principal there beginning in 1955 and continuing at Wahconah until he returned to teaching in 1973. He retired in 1978 following a brief stint as interim principal at Craneville Elementary School. He was a devoted and beloved congregant of Temple Anshe Amunim, serving for many years as a religious school teacher, principal, and board member.

Jack was a longstanding Dalton Rotarian, a distinguished elder statesman of the Saturday Evening Club, and a member of the Anthony J. DeAngelus Veterans of Foreign Wars. Besides his devotion to his family, his career and his faith, Jack is perhaps best remembered for his love of golf. Only in the last few years has he not been visible on the course at the Wahconah Country Club. Also until recently, his indoor activities included bowling, reading and solving crossword puzzles.

FUNERAL NOTICE: Funeral services for Jacob “Jack” Franklin of Dalton who passed away May 28, 2017 will be held Thursday at 12:30 PM at Temple Anshe Amunim in Pittsfield conducted by Rabbi Joshua L. Breindel. Burial with military honors will follow in Ashuelot Cemetery in Dalton. There are no calling hours. The family will welcome visitors at the home of Mark and Jean Poopor, 96 Carson Avenue, Dalton, on Monday, June 5th and Tuesday, June 6th from 4 PM to 6 PM .
Memorial donations in memory of Jack may be made to the Jacob Franklin Scholarship Fund at Wahconah Regional High School or to Temple Anshe Amunim both in care of the DERY FUNERAL HOME, 54 Bradford Street, Pittsfield, MA 01201 which is handling arrangements. To share a memory or condolence with the family please visit www.deryfuneralhome.com


To send flowers to the family or plant a tree in memory of Jacob ""Jack"" Franklin, please visit our Heartfelt Sympathies Store.