To share your memory on the wall of George Dickhout, Jr., sign in using one of the following options:

Provide comfort for the family by sending flowers or planting a tree in memory of George Dickhout, Jr.

Provide comfort for the family by sending flowers or planting a tree in memory of George Dickhout, Jr.

Born in Albany, New York, on September 15, 1935, the son of George W. Dickhout and DeEtte Price Dickhout Fyfe, he was a graduate of Columbia High School in East Greenbush.

Mr. Dickhout enlisted with the United States Air Force on April 30, 1956, and served more than two years overseas, and was honorably discharged with the rank of Airman Second Class on March 31, 1960.

On November 21, 1960, George went to work for Dery Funeral Home where he served as an apprentice. In 1964, he graduated from the New England Institute of Sanitary Science and Embalming at Kenmore Square, Boston, then served as a licensed embalmer and funeral director.

Lovingly known as “The General” by his co-workers, George was respected by co-workers and colleagues alike for his skill in restorative art. George retired from Dery Funeral Home on September 15, 2000 with 40 years of faithful service. He continued to work part-time for Dery Funeral Home, and was called upon as an embalmer by other funeral homes, as well.

George was a communicant of St. Charles Borromeo Church where he was a Eucharistic Minister and worked many Palm Sunday pork roast dinners. He was a member of the Berkshire County Deputy Sheriffs Association. An advocate for youth and sports, he coached basketball at the CYC for St Charles basketball team, and Minor League, and Senior Babe Ruth baseball.

George leaves his wife, the former Carol A. Williams, whom he married April 15, 1961, in St. Theresa Church in Pittsfield.

Calling hours will be Wednesday, September 30, from 4:00 to 7:00 p.m. at Dery Funeral Home. In lieu of flowers, memorial contributions may be made to The Jimmy Fund or to St. Charles Borromeo Church, both in care of the Funeral Home, 54 Bradford Street, Pittsfield.
Read Less

To send flowers to the family or plant a tree in memory of George W. Dickhout, Jr., please visit our Heartfelt Sympathies Store.

Receive notifications about information and event scheduling for George

We encourage you to share your most beloved memories of George here, so that the family and other loved ones can always see it. You can upload cherished photographs, or share your favorite stories, and can even comment on those shared by others.

Posted Sep 29, 2020 at 07:09pm
Dear Aunt Carol, George, Ann Marie, David and Pattie,
I am so sorry for your loss. I have many wonderful memories of Uncle George from going to Riverside and riding rides with him, dancing with him at family events among many more. Uncle George always greeted me with a great big smile and made me feel special. I will miss him very much. Love, Maureen
Comment Share
Share via:
NE

Posted Sep 29, 2020 at 06:10pm
May you rest in the arms of the Lord and the Angels welcome you to paradise. Love, Nancy & Russell and family

Posted Sep 29, 2020 at 03:46pm
Wishing you peace to bring comfort, courage to face the days ahead and loving memories to forever hold in your hearts.

Flowers were purchased for the family of George Dickhout, Jr.. Send Flowers 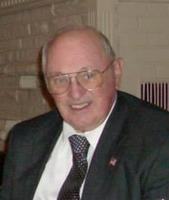