To share your memory on the wall of Douglas Hutton, sign in using one of the following options:

Provide comfort for the family of Douglas Hutton with a meaningful gesture of sympathy.

FUNERAL NOTICE: Funeral services will be private. In lieu of flowers, memorial contributions may be made in his name to the Pittsfield American Legion, in care of Dery Funeral Home, 54 Bradford Street, Pittsfield, MA 01201.
Read Less

To send flowers to the family or plant a tree in memory of Douglas E Hutton Sr., please visit our Heartfelt Sympathies Store.

Receive notifications about information and event scheduling for Douglas

There are no events scheduled. You can still show your support by sending flowers directly to the family, or planting a memorial tree in memory of Douglas E Hutton Sr..
Visit the Heartfelt Sympathies Store

We encourage you to share your most beloved memories of Douglas here, so that the family and other loved ones can always see it. You can upload cherished photographs, or share your favorite stories, and can even comment on those shared by others.

Posted Dec 29, 2018 at 07:40pm
Aunt Joan and family...so sorry to hear of Uncle Doug's passing. I know the past few years have been hard for all of you. He is now at peace.
Comment Share
Share via:
KC

Posted Dec 29, 2018 at 07:39pm
Aunt Joan and family...so sorry to hear of Uncle Doug's passing. I know the past few years have been hard for all of you. He is now at peace.
Comment Share
Share via:
LB

Posted Dec 29, 2018 at 07:33pm
Aunt Joan and family, I am so sorry for your loss. I loved Uncle Doug and always remember him as being so much fun even when I was a little girl. He will be missed.
Comment Share
Share via:
KH 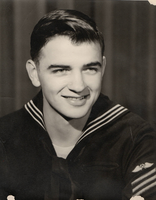