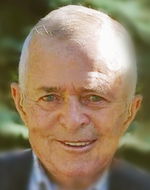 Donald David Kelly, 83, of 210 Kirchner Road, Dalton, passed peacefully Tuesday, May 23, 2017, at Baystate Medical Center after fighting a long battle with kidney disease. He was happy to have Phyllis, the love of his life, by his side to the end.
Born in Washington, MA, on February 16, 1934, the son of John J. and Mary Dunne
Kelly, he was a graduate of St. Joseph Central High School and attended Bryant College.
A Korean War era veteran, Mr. Kelly enlisted in the United States Navy Seabees on April 1953 and served two tours of duty overseas.
Mr. Kelly was the President of Kelly Enterprises, Inc. based in Pittsfield, MA. During his tenure, he established offices in New York City and Canada, building an international exporting company with sales in four continents. He held several patents for wood processing procedures. Well ahead of his time environmentally, he built a wood waste fired dry kiln that repurposed waste material for fuel.
After a brief retirement, he and several friends founded The Evermore Lumber Company in Becket, MA, which he ran as a hobby for several years until finally retiring in the 1990s.
He was a communicant of St. Agnes Church.
Donald loved his wife and family with all his heart. He was a generous and loyal friend, willing to help anyone and never asking anything in return. He enjoyed all types of games, playing golf and was an avid card player. His happiest moments were cutting trees and operating his heavy equipment.
Mr. Kelly leaves his wife, the former Phyllis Lussier, whom he married July 25, 1953.
He is also survived by three daughters, Paula Walczyk and her husband, Stanley, of
Dalton, Donna O’Laughlin of Cheshire, and Kim Rice and Bill Gregory, of Dalton; a son, John J. Kelly and his wife, Xiao Rong Kelly of Falls Church, Virginia; eleven grand-children and eight great grandchildren; as well as a brother, James Kelly of Pittsfield; and three sisters, Patricia O’Connell of Westford, Mass., Gloria Slonski of Pittsfield, and Justine Brown of Dalton.
He was pre-deceased by a sister, Jean Disco, of Connecticut.
The family would like to extend special thanks to Dr. John Burnham, Dr. Henry Rose and the staff at BMC Renal Dialysis Center for their extraordinary and compassionate care.

FUNERAL NOTICE:
Funeral services for Donald David Kelly will be held Saturday, May 27, with a Liturgy of
Christian Burial at 9:00 a.m., at St. Agnes Church in Dalton celebrated by Rev. Christopher A.
Malatesta, Pastor, and Rev. Peter A. Gregory, Pastor of St. Charles Church. The burial will be private. There are no calling hours.
In lieu of flowers, memorial contributions may be made to Friends of Renal Dialysis - FORD in care of DERY-FOLEY FUNERAL HOME, 54 Bradford Street, Pittsfield.
To share a memory or condolence with the family, please visit www.deryfuneralhome.com


To send flowers to the family or plant a tree in memory of Donald D. Kelly, please visit our Heartfelt Sympathies Store.