To share your memory on the wall of Yvon Richard, sign in using one of the following options:

Provide comfort for the family of Yvon Richard with a meaningful gesture of sympathy.

He was born in St. Paul, New Brunswick, Canada on April 14, 1938 to the late Fidel and Bella Arseneau Richard. He was educated in schools... Read More
Yvon Joseph Richard, 80, of Pittsfield, MA, passed away March 31, 2019 at Berkshire Medical Center.

He was born in St. Paul, New Brunswick, Canada on April 14, 1938 to the late Fidel and Bella Arseneau Richard. He was educated in schools in Canada.

His wife, Elizabeth Neales Richard, predeceased him on December 29, 1994.

He worked for Clarke-Aiken in Lee for 27 years as a machinist. He also previously worked at Balgen Machine Shop in West Stockbridge.

Mr. Richard was a communicant of the former Notre Dame Church. He enjoyed spending his winters in Florida, fishing, hunting, camping and spending time outdoors.

FUNERAL NOTICE: Funeral services for Mr. Richard will be private. In lieu of flowers, memorial contributions may be made in his name to Elder Services of Berkshires County in care of DERY FUNERAL HOME, 54 Bradford St, Pittsfield, MA 01201.
Read Less

To send flowers to the family or plant a tree in memory of Yvon Richard, please visit our Heartfelt Sympathies Store.

Receive notifications about information and event scheduling for Yvon

There are no events scheduled. You can still show your support by sending flowers directly to the family, or planting a memorial tree in memory of Yvon Richard.
Visit the Heartfelt Sympathies Store

We encourage you to share your most beloved memories of Yvon here, so that the family and other loved ones can always see it. You can upload cherished photographs, or share your favorite stories, and can even comment on those shared by others. 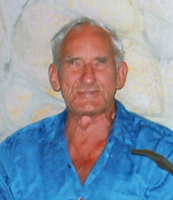