In Memory of
Timothy P
Rattigan
1962 - 2018
Click above to light a memorial candle.
Memorial Candle Tribute From
Dery Funeral Home
"We are honored to provide this Book of Memories to the family."
View full message >>>
Send Flowers
Menu 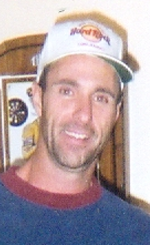 He was born December 27, 1962 to Edward J. Rattigan and the late Jean Casperson Rattigan.

After graduation, he joined the Regular Army and served as an armor crewman with the 25th Infantry Division in Hawaii and Korea for three years. He then served another year with the 1st Infantry Division at Ft. Riley, Kansas until he was honorably discharged in 1986.

After his discharge, he worked for several years at Williams Stone and Sabin Inc. In later years, he became an independent roofer and was well known for his ability and quality work. In recent years due to ill health, he was forced to retire from the roofing trade.

FUNERAL NOTICE: Funeral services for Timothy Patrick Rattigan will be held Wednesday, March 7, 2018 with a Liturgy of Christian Burial at 10:00am at St. Agnes Church celebrated by Rev. Christopher A. Malatesta, Pastor. Burial will follow in Ashuelot Cemetery. Calling hours will precede the service from 9:00am-9:45am at DERY-FOLEY FUNERAL HOME, 890 Main Street, Dalton, MA. In lieu of flowers, memorial contributions may be made to the Eleanor Sonsini Animal Shelter in care of the funeral home.


To send flowers to the family or plant a tree in memory of Timothy P Rattigan, please visit our Heartfelt Sympathies Store.