To share your memory on the wall of Thomas Angelini, sign in using one of the following options:

A 1952 graduate of Pittsfield High School, Tom completed an apprenticeship in Tool and Die-Making from Mold Master Engineering. This eventually led him to co-found PenRo Mold, Tool & Design Company in 1966 with Samuel Arena (predeceased). Tom retired from the company in 1999.

In 1953, Tom enlisted in the United States Air Force. During his last year of service, Tom was stationed at Montauck Air Force Base, Montauck, Long Island, NY. It was at this time, at a local theatre in East Hampton, that Tom met the woman who was to become his wife, Philomena "Penny" Grimshaw. Tom and Penny married in May of 1956. Upon his Honorable discharge in 1957, Tom and Penny returned to Pittsfield, raised their four children, and became active members of their community. In 1959, through the G.I. Bill, Tom received his pilot's license from Berkshire Aviation in Great Barrington.

Throughout the years, Tom and Penny tirelessly joined together their efforts and participated in political campaigning, various charitable organizations, churches & school events, Bousquet Ski Area, Winter Sports Committee, and numerous other local community fundraisers. Tom, along with Penny are most known for their polenta suppers, which they took great pride in.

Tom truly loved the outdoors, particularly skiing and camping with his family. As a long time member of the National Ski Patrol, Tom was able to make skiing a weekly mainstay for his family. Tom and Penny enjoyed skiing abroad in the beautiful Alps of Cervinia, Italy. With their children and as life-long charter members of the Cape Cod Unit WBCCI for Airstream travel trailers, they traveled across the country visiting hundreds of our national parks and visiting each state. For over 30 years, Tom enjoyed salmon fishing the Great Lakes, NY.

In lieu of flowers, the family is asking that donations be made to HospiceCare In the Berkshires; The Shriners Hospital for Children-Springfield; or St. Jude's Children's Research Hospital in memory of Tom, in care of DERY FUNERAL HOME, 54 Bradford Street, Pittsfield MA.
Read Less

Receive notifications about information and event scheduling for Thomas

We encourage you to share your most beloved memories of Thomas here, so that the family and other loved ones can always see it. You can upload cherished photographs, or share your favorite stories, and can even comment on those shared by others.

Posted Mar 09, 2020 at 09:20pm
Great memories of “Uncle Tommy”... fishing trip on the Great Lakes, first time trying Grapa, and seeing first hand how important family and friends were to him. Will miss his larger than life personality... my thoughts and prayers are with all of you. Ricky Miller
Comment Share
Share via:
L

Posted Mar 09, 2020 at 03:47pm
Tom made the world a better place. My heart breaks for the loss of such a special, special person.
Comment Share
Share via:
JW

Posted Mar 09, 2020 at 11:39am
Dear Penny and Family, Please accept our deepest sympathies on your great loss. Our thoughts and prayers are with you all. Pete and Lila Angelini

Flowers were purchased and a memorial tree planted for the family of Thomas Angelini. 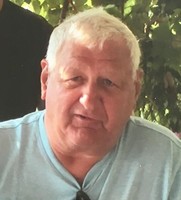 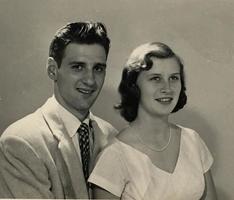 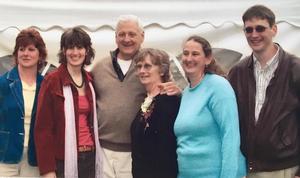