To share your memory on the wall of Steven Phelps, sign in using one of the following options:

Provide comfort for the family of Steven Phelps with a meaningful gesture of sympathy.

He married Deborah Ann Errichetto on March 8th, 1980. Debby and Steve welcomed a baby girl, Carrie Ann Phelps, in March of 1981, and later a baby boy, Steven Michael Phelps, Jr., in September of 1986.

Steve graduated from Pittsfield High School and began a position at the Pittsfield State Forest. He later attended Berkshire Community College and began a career as a copier service manager, continuing to obtain countless certifications in his field.

From an early age, he was a mischievous boy who enjoyed having a good time. Steve was often known by the nickname “O.E.” by his friends as in “Occupational Education.” His friends all received nicknames as well. Some were endearing some…were not.

When he wasn’t driving his older brother David, parents, friends, and teachers crazy, Steve had an incredible soft side and was known to do anything for someone in need. He had an amazing love for all animals, and was a favorite throughout the years among his many granddogs, grandcats, other grandpets, and of course his favorite little puppy girl, Zoe, who was by his side always.

Steve enjoyed nature and the outdoors. Camping, off-roading, bon fires, and boogie boarding with the family at Salisbury beach often filled his summers. He enjoyed old films and television shows, which became even better company while at home in the past few months.

More than anything, Steve had a love for rock and roll. The family would often listen to friends play in local bands. Attending concerts with friends and family was his absolute favorite thing to do. He loved to share music with others. Countless memories were made sharing his love of music. Rock and Roll could be heard blasting from the house at most hours of the day, most days of the week. Some of his favorite artists were Alice Cooper and Kiss, and he attended every show he could. This past year, he had the opportunity to meet the great Alice Cooper himself, and his amazing band, in person a few times, as well as one of his other favorite artists/guitarists, Ryan Roxie, who serenaded him with an awesome rendition of Cheap Trick’s California Man on the fly. He never wanted to be the guy who asked for anything in life, but as he explained to Ryan Roxie, he realized as he got older that time is short, and you should go for what you want in life. His new self-appointed nickname became “The Picky Prick.”

Steve developed diabetes, and shortly thereafter fought colon cancer in 2013. After years of remission, he was diagnosed with small cell lung cancer in April of 2017. Steve never wanted anyone to know he was sick, or to feel bad for him in any way. He didn’t tell very many people about his struggle with health.

Steve endured a long series of chemotherapy and radiation over the next 19 months. In November, the cancer was no longer responding to treatment. Over the next few weeks, friends and family would stop by to visit and share stories and laughs. They brought him and the family great joy to relive all the crazy good times. There was a rapid decline in his condition and at 10:07pm on December 1st, 2018, after a long, hard battle, Steve passed away at home with his wife, daughter, and beloved dog, Zoe, by his side.

No matter how much pain Steve was in, he never once complained, right up until the end. He was a strong, caring man who loved his family and friends, and will be missed more than words can ever express. The world has lost a wonderful soul, and heaven has gained a rock and roll angel.

FUNERAL NOTICE: Per his wishes, there will be no services. In lieu of flowers, memorial contributions may be made in his name to HospiceCare in the Berkshires, in care of Dery Funeral Home, 54 Bradford Street, Pittsfield, MA 01201.
Read Less

Receive notifications about information and event scheduling for Steven

Print
FUNERAL NOTICE: Per his wishes, there will be no services. In lieu of flowers, memorial contributions may be made in his name to HospiceCare in the Berkshires, in care of Dery Funeral Home, 54 Bradford Street, Pittsfield, MA 01201. To view obituary, please click obituary link on side.

We encourage you to share your most beloved memories of Steven here, so that the family and other loved ones can always see it. You can upload cherished photographs, or share your favorite stories, and can even comment on those shared by others.

WIth deepest sympathy as you remember Steve.

Posted Dec 05, 2018 at 10:20am
Debbie, Carrie, Steve Jr. and brother Dave, my thoughts and prayers are with you all. Steve and I shared a great friendship in high school and then some. He was one of the funniest people I knew and the biggest Kiss fan in the world. We had such a great time hanging out with Paul (Jose), "Pedro" and crew, driving around in Paul's station wagon with the music cranked to Kiss or Alice Cooper, or occasionally they would let me listen to my band Aerosmith. There was the Olds Cutlass that would never run and the nights at Danny's Tavern that I will never forget. Great memories of a good friend. Peace.
Comment Share
Share via: 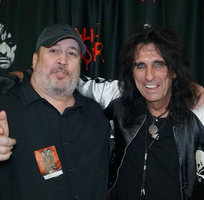 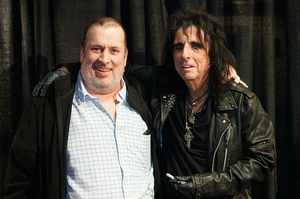