To share your memory on the wall of Sally Cooper, sign in using one of the following options:

Provide comfort for the family of Sally Cooper with a meaningful gesture of sympathy.

Print
Sally Jean Cooper, 62, of Cheshire, passed away peacefully on the morning of Wednesday, March 20, 2019.

Born in Pittsfield on August 16, 1956, a daughter of the late Salvatore A. and Marie Ann Clement Catalano, Sally was a graduate of ... Read More
Sally Jean Cooper, 62, of Cheshire, passed away peacefully on the morning of Wednesday, March 20, 2019.

Born in Pittsfield on August 16, 1956, a daughter of the late Salvatore A. and Marie Ann Clement Catalano, Sally was a graduate of Taconic High School.

The family member that never missed a birthday; that was Sally. Four brothers, four sisters, dozens of nieces and nephews and Sally remembered every birthday and anniversary.

Finally, on April 27th, 1996, she created her own anniversary when she married her late husband, Richard Cooper.

Together, they enjoyed the outdoors and taking motorcycle rides, until Dick’s passing on August 4, 2014.

Sally was a skilled knitter, loved socializing with friends and took pride in her family.

She came from a large family and looked forward to summer reunions and holiday get-togethers. You could count on Sally to be the first to arrive and the last to depart.

Like many of her siblings, Sally enjoyed collecting things, and hated to throw them away “just in case” … There was always a reason why something should be saved.

While she had no children of her own, she was a God Mother to her niece, Nicole Kellogg, and thought of her other nieces, Katie Smegal and Karli Cassavant, as her own.

She was pre-deceased by her brother, Anthony Catalano and husband, Richard Cooper.

FUNERAL NOTICE: Funeral services for Sally Jean Catalano Cooper will be held Tuesday, March 26, at 6:00 p.m., at DERY FUNERAL HOME in Pittsfield. Calling hours will precede the service beginning at 5:00 p.m. In lieu of flowers, the family asks that contributions in memory of Mrs. Cooper be made to the Funeral Home to assist with final expenses.
Read Less

To send flowers to the family or plant a tree in memory of Sally Jean Cooper (Catalano), please visit our Heartfelt Sympathies Store.

Receive notifications about information and event scheduling for Sally

We encourage you to share your most beloved memories of Sally here, so that the family and other loved ones can always see it. You can upload cherished photographs, or share your favorite stories, and can even comment on those shared by others.

Posted Mar 25, 2019 at 12:11pm
Prayers and thoughts are being sent in hope they bring some comfort to your family. Sally is Walking in the Sunlight with the Spirit. Rest in Peace, Sally, Rest in Peace.
Comment Share
Share via:

Posted Mar 23, 2019 at 10:49am
Sally was always so very nice. my mom is married to david sallys brother and i remember her long visits to our house and always just willing to help you with anything. im so very sad to hear shes passed on may she R.I.P. with love Renee and Rhonda the twins. 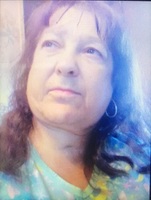