To share your memory on the wall of Rt. Rev. John Tarrant, sign in using one of the following options:

Provide comfort for the family by sending flowers or planting a tree in memory of Rt. Rev. John Tarrant

Provide comfort for the family by sending flowers or planting a tree in memory of Rt. Rev. John Tarrant

Retired bishop of the Episcopal Diocese of South Dakota, John passed away suddenly and peacefully on August, 23, 2020 at his home in Dalton, MA.

Retired bishop of the Episcopal Diocese of South Dakota, John passed away suddenly and peacefully on August, 23, 2020 at his home in Dalton, MA.

John was born on February 17, 1952, to Robert Clair Newton Tarrant and Letitia Marie (Church) Tarrant in Kansas City, Missouri and raised in Millington, Michigan. He was a life-long Episcopalian, nurtured in the faith at St. John’s the Baptist Church in Otter Lake, MI. He graduated from Michigan State University in 1974 with a Political Science degree. He received his Master of Divinity degree from Virginia Theological Seminary in 1983, and ordained into the priesthood on Feb. 11, 1984. John married his wife Patricia (Donaldson) in 1990.

The Rt. Rev. John Thomas Tarrant was consecrated Bishop Coadjutor of the Diocese of South Dakota on October 31, 2009 in Sioux Falls, and consecrated 10th Bishop of South Dakota on February 2, 2010, retiring in 2019. As a priest John served Episcopal congregations in Connecticut as Missioner, Greater Waterbury Episcopal Ministry, Middlebury, and in Western Massachusetts; St. Paul’s Gardner, St. Paul’s Holyoke, Church of the Atonement Westfield, St. Paul’s Stockbridge, and in Pierre, SD Trinity Church. At his time of death, John was serving St. Stephen’s Pittsfield as interim rector.

John frequently explained his positions and priorities in terms of “The Kingdom of God.” His statements were salted with that image; “The overriding challenge is to use Jesus’ vision of the Kingdom of God as the plumb line to measure all of our ministries,” or “We cannot fully live the Kingdom vision without each other.”

Throughout his ministry John was willing to be present with people. He modeled respectful listening as part of reconciliation. His approach, without an agenda, was “listening, listening, and more listening…hearing people’s stories and telling our own, putting faces to the pain and the joy will go a long way toward understanding.” The fruit of that are people with real lives, real joys and real sorrows ministered through the Episcopal Church. His passion for justice motivated John’s witness at Standing Rock. His humble ministry among indigenous people made John a wonderful storyteller of God’s love for diversity.

John returned to western Massachusetts after his retirement. He continued to love his ministry that God had given him to undertake. Having served God in partnership with those he touched was a great blessing. John’s retirement goal was to serve God through his family; his “bucket list” was short, simply to be available to family and to get to better know his grandchildren.

Fight the good fight of faith that you may finish your course with JOY!

For those unable to attend, the service will be live stream broadcast on Saturday, August 29, 2020 at 1pm. To view the service, set a reminder or share with a friend, please visit the YouTube channel for the “Episcopal Diocese of Western Massachusetts,” and see “Rite of Christian Burial for The Right Rev. John Thomas Tarrant.”; or https://youtu.be/wz56PI1wLlA

In lieu of flowers, donations in John’s memory can go towards the ministry of Cathedral of the Beloved OR St. Stephen’s Table. Please make check payable to ‘St Stephen’s Church’ with donation intent in the memo. St. Stephen’s, 67 East St., Pittsfield MA 01201
Read Less

To send flowers to the family or plant a tree in memory of Rt. Rev. John Thomas Tarrant, please visit our Heartfelt Sympathies Store.

We encourage you to share your most beloved memories of Rt. Rev. John here, so that the family and other loved ones can always see it. You can upload cherished photographs, or share your favorite stories, and can even comment on those shared by others.

Posted Aug 29, 2020 at 02:10pm
Pat and Jessica, please know you are in my thoughts and prayers.
What a beautiful service.....so +John.
Much love to you!
Comment Share
Share via:
KD

Posted Aug 29, 2020 at 08:05am
We pray the love of God enfolds you during your journey through grief. John gave so much of himself to everyone he met. Peace, prayers, and blessings 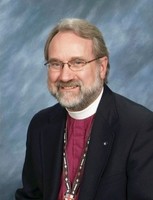 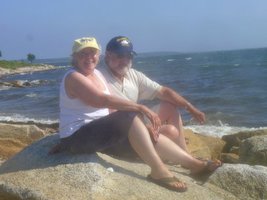 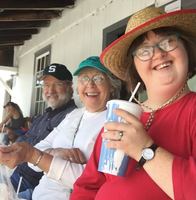 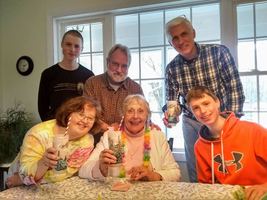