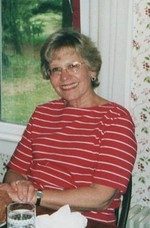 Born in Pittsfield on April 13, 1943, the first daughter of Stephen and Rose Szymanski Trzepacz, she was a 1961 graduate of Pittsfield High School with high honors, and furthered her education in 1965 graduating from the University of New Hampshire where she earned a bachelor’s degree. Continuing her education, she received a master’s degree from Wellesley College.

Mrs. Daly was employed by the Pittsfield Public Schools for many years. She began her teaching career as a history teacher at Herberg Junior High School and spent the rest of her career also as a history teacher at Taconic High School retiring in 2000. She enjoyed her students of which many she would follow their accomplishments, that she felt very proud of being an educator to them.

Rosemary was a member of the Dalton Art League and the Housatonic Valley Art League, she excelled in art with many of her paintings shown at art shows and enjoyed by people through-out the Berkshires. She was an avid golfer who belonged to the Bas Ridge Country Club enjoying playing golf with the girls. She enjoyed teaching Art on Wednesday afternoon at her sister Susie’s house. On a Thursday afternoon she enjoyed playing Mah-jongg with her sister and friends.

She is also survived by a son Frank Daly (friend Annette Perreault) of Dalton; a step daughter Chris (husband Joseph) Young of Tennessee; a sister Susan Chalifoux (friend Doug Webb) of Pittsfield; Brother-in-law Don Daly, and many cousins. Rosemary with her great smile and laughter will be missed by family, friends and the students she taught.

FUNERAL NOTICE: Funeral services for Rosemary Daly will be held at a later date. In lieu of flowers, the family suggests that those who desire may make memorial contributions to Housatonic Valley Art League or to B.M.C. Cancer Center, both in care of DERY FUNERAL HOME, 54 Bradford Street, Pittsfield.