To share your memory on the wall of Rosemary Crosier, sign in using one of the following options:

Print
Rosemary Crosier, 94, of Dalton, passed at her residence on July 22, 2020 with family members at her side.

Rosemary was raised in East Boston and graduated from Boston City Hospital School of Nursing in 1946. She married William H. Crosi... Read More
Rosemary Crosier, 94, of Dalton, passed at her residence on July 22, 2020 with family members at her side.

Rosemary was raised in East Boston and graduated from Boston City Hospital School of Nursing in 1946. She married William H. Crosier, Jr. in 1948, and they moved to Dalton where she began her long nursing career.

Rosemary started at Pittsfield General Hospital, then became the Dalton public health nurse. After earning her bachelor and master’s degrees in nursing, she initiated the Dalton Visiting Nurse Association and directed that agency for 13 years. From 1976 to 1992, she was President and Executive Director of the Pittsfield Visiting Nurse Associations, encompassing most of Berkshire County. Her primary goal was to allow clients to remain at home and manage their own health problems.

Rosemary was preceded in death by her husband, William H. Crosier, Jr., and her daughter, Suzanne Pierce. She is survived by her son, Michael Crosier and his wife, Barbara; four grandchildren and four great grandchildren.

The family would like to thank the staff of Home Instead Senior Care and those Stone Mill Condominium residents whose assistance allowed Rosemary to remain in her home.

FUNERAL NOTICE: A graveside service for Rosemary C. Crosier will be held at a later date. In lieu of flowers, the family urges donations in Rosemary’s name to St. Agnes Parish or to Berkshire Medical Center Visiting Nurse Association. DERY-FOLEY FUNERAL HOME is in charge of arrangements.
Read Less

To send flowers to the family or plant a tree in memory of Rosemary C. Crosier (Gunning), please visit our Heartfelt Sympathies Store.

Receive notifications about information and event scheduling for Rosemary

There are no events scheduled. You can still show your support by sending flowers directly to the family, or planting a memorial tree in memory of Rosemary C. Crosier (Gunning).
Visit the Heartfelt Sympathies Store

We encourage you to share your most beloved memories of Rosemary here, so that the family and other loved ones can always see it. You can upload cherished photographs, or share your favorite stories, and can even comment on those shared by others. 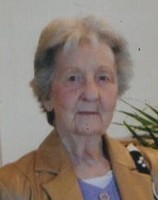