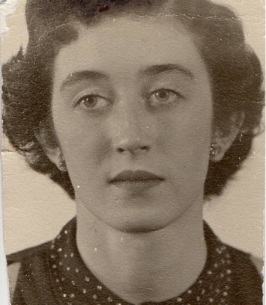 Memorial Candles Lit for Rose | SEE ALL
Light a Candle
"We are honored to provide this Book of Memories to the family."
— Dery Funeral Home
Funeral Details Memory Wall Photos & Videos Send Flowers

Print
Rose M. Wendling, 85, formerly of High Street, Dalton, and a longtime resident of Dalton and Hinsdale, passed away October 26, 2018 at Craneville Place of Dalton.
Born on February 28, 1933, the daughter of the late Andrew and Flora Girard Casella, she was educated in Pittsfield Schools.
She married the late George R. Wendling on July 26, 1952. He predeceased her on October 14, 2009.
Primarily a homemaker, she worked previously at General Electric. Mrs. Wendling was a member of the First Church of Nazarene in Dalton, enjoyed knitting, playing the guitar and gardening.
She leaves behind her daughter, Mary Jo Barrett and husband Edward of Hinsdale; two sons, Robert A. Wendling and wife Kellie of Great Barrington, and David L. Wendling and wife RoAnn of Dalton; twelve grandchildren and six great-grandchildren; three brothers, Joseph Casella of Dalton, Lawrence Casella of Pittsfield and Edward Casella of Dalton. As well as her special niece, Deana Strout and husband Mark of Dalton and her sister-in-law, Sally Wendling. She was predeceased by her brothers, Andrew Casella and Robert Casella.
FUNERAL NOTICE: Funeral services for Mrs. Rose M. Wendling will be held, Wednesday, October 31, 2018 at 11:00am at Dery-Foley Funeral Home. Burial will follow at Ashuelot Cemetery. Calling hours will precede the service from 9:30am to 10:30am. In lieu of flowers, memorial contributions may be made in her name to the Dalton Volunteer Fire Department or the Dalton Police Department in care of Dery-Foley Funeral Home, 890 E. Main St, Dalton, MA 01226.

To send flowers to the family of Rose M Wendling, please visit our Heartfelt Sympathies Store.

We encourage you to share any memorable photos or stories about Rose. All tributes placed on and purchased through this memorial website will remain on in perpetuity for future generations.

Provide comfort for the family of Rose M Wendling by sending flowers.
Send Flowers
next page >>
Page 1 of 0
Share
×