To share your memory on the wall of Ronald Weider, sign in using one of the following options:

Ron was the son of the late Michael and Julia (Saban) Weider. He attended local schools and was a 1958 graduate of Pittsfield High School. Ron set his roots down in Lanesborough where he met and married Cheryl, formerly Cheryl Robinson.

He worked as a self-employed mechanic for many years, owning and operating, R.M. Weider and Son’s at Hobby Horse Farm. He honorably and faithfully served in law enforcement for both the Lanesborough Police Department and Deputy Sheriff Department for Berkshire County before retiring after 26 years. He was also a proud Navy Seabee Veteran. Ron took his fashion cues from no one. Often appearing in his signature look, a colored Fruit of the Loom plain pocketed T-shirt and his dark blue Dickie pants.

Ron also leaves behind a large extended family including: Sister in law, Diane (Robinson) Segraves of Florida and her family, Brother in law, Mitchell Robinson of Florida, and sister in law, Kelly (Robinson) Parzick, her husband Shaun and their family of Lanesborough, MA.

Also, very important to mention are the many special friends Ron leaves behind whom he spent a tremendous number of meaningful hours with, in his garage.

Ronald, aka Papa or Pa, lived a full and happy life, and we are honored to celebrate the dash between the day he entered this world and the day he left it. He would encourage you to do the same.

To send flowers to the family or plant a tree in memory of Ronald Michael Weider, please visit our Heartfelt Sympathies Store.

Receive notifications about information and event scheduling for Ronald

There are no events scheduled. You can still show your support by sending flowers directly to the family, or planting a memorial tree in memory of Ronald Michael Weider.
Visit the Heartfelt Sympathies Store

We encourage you to share your most beloved memories of Ronald here, so that the family and other loved ones can always see it. You can upload cherished photographs, or share your favorite stories, and can even comment on those shared by others.

Posted Jul 15, 2020 at 01:50pm
Ron was a wonderful man always looked forward to see him every month My prayers and thought are with the family 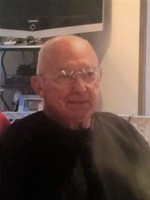