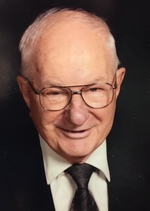 Romano J. Frattarola, 85, passed away Sunday, May 28, 2017 at his home in Pittsfield. Romeo, son of the late Domenic and Brigida Frattarola, was born in Rome, Italy in 1931and raised in the village of Farindola until the age of three. In 1934, his family immigrated to the United States through Ellis Island and settled in Highland Falls, NY. Following high school graduation in 1952, he joined the United States Army and was deployed with the 9th Infantry to Korea. He was awarded with the Korean Service Medal and two Bronze Service Stars for heroic achievement. Following his service, he graduated from Hudson Valley Technical Institute in 1956. Upon graduation, Romeo was hired for a position with General Electric in Pittsfield, where he met his loving wife, Mary “Egan” Frattarola. They married in 1962 and remained in Pittsfield where they raised their three beautiful daughters. After 30 rewarding years, Romeo retired from his career with GE. However, never being one to sit still, he continued to work as the director of engineering services at the Dakota restaurant for over 20 years. Romeo remained active in his community until his final days. He was a devout Catholic and longtime parishioner of St. Mary the Morning Star. After its closing, he became an active member of St. Mark’s Church. He served as a Eucharistic Minister, was a member of the Parish Council, and oversaw the Patio Paver Project. Romeo was a proud member of Pittsfield’s chapter of UNICO NATIONAL, INC and enjoyed volunteering for Habitat for Humanity where he was named “Volunteer of the Year” in 2013 and 2016. Romeo and Mary also enjoyed traveling with friends and family. Most recently, Romeo was blessed to visit his hometown in the Abruzzo region of Italy where he enjoyed meeting members of his extended family. Accomplishments aside, Romeo was first and foremost the patriarch of the Frattarola family, a loving husband, father, uncle, and Nonno. In addition to his wife of 54 years, he leaves behind his children, Anita and Dan Farley of Mendham, NJ; Mary and Chris Leupold of Natick, MA; Theresa and David Hreschuk of Long Beach, CA; his 7 grandchildren, Colleen and Brenna Farley, Matthew, Michael, and Karin Leupold, and Aidan and Bennett Hreschuk. He is survived by his sisters and their families, Gertrude and Ernest Marvin Jr. and Anita and John Orlando, who both reside in Cornwall, NY. He was predeceased by his sister, Philomena Brower.

FUNERAL NOTICE: Relatives and friends are invited to celebrate Romeo’s life. Funeral services for Romeo will be held Friday at 10:15 AM from the DERY FUNERAL HOME in Pittsfield followed by a Liturgy of Christian Burial at 11:00 AM at St. Mark Church celebrated by the Rev. David Aufiero, administrator. Military Honors will follow outside St. Mark Church. Burial will take place at a later date at St. Michael the Arch Angel Mausoleum in St. Joseph Cemetery. Calling hours are Thursday, June 1, 2017 from 4-7PM at Dery Funeral Home. In lieu of flowers, contributions can be made to Habitat for Humanity or St. Mark Church, both in care of the funeral home, 54 Bradford Street, Pittsfield, MA 01201. To share a memory or condolence with Romeo’s family please visit www.deryfuneralhome.com


To send flowers to the family or plant a tree in memory of Romano J. "Romeo" Frattarola, please visit our Heartfelt Sympathies Store.