To share your memory on the wall of Robert Walter, sign in using one of the following options:

Provide comfort for the family of Robert Walter with a meaningful gesture of sympathy.

Born in Cortland, NY on November 10, 1930, he was the son of the late Floyd M. and Doris Z. Burlingame Walter.
He grew up and attended schools in East Homer, NY and graduated in 1953 from Cornell University. Mr. Walter married the former Catherine Bayne on October 25, 1958.

He worked his entire career as an engineer, working from 1953-1959 at the Sperry Rand Corporation and from 1959-1990 at General Electric Ordnance Systems. Robert was a longtime member of the Dalton Lions Club supporting their mission of eye health and hearing aids for those in need.
Robert enjoyed sports cars and raced throughout the northeast in his Austin Healy. Robert was a lifelong skier and served as the Ski School Director at the Mt. Greylock Ski Club. He enjoyed hiking, sailing, camping and was happiest spending time with his family outdoors.


FUNERAL NOTICE: Funeral services for Mr. Walter will be held, WEDNESDAY, April 3, 2019 at 12pm at DERY-FOLEY FUNERAL HOME. celebrated by Rev. Christopher Malatesta, Pastor of St. Agnes Church. Burial will follow at Ashuelot Cemetery. Calling hours will precede the service from 10am to 12pm. In lieu of flowers, memorial contributions may be made in his name to the Dalton Lions Club in care of the funeral home, 890 E. Main St, Dalton, MA 01226.
Read Less

To send flowers to the family or plant a tree in memory of Robert Burlingame Walter, please visit our Heartfelt Sympathies Store. 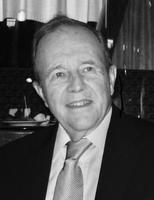