To share your memory on the wall of Robert Rathbun, sign in using one of the following options:

Posted Nov 05, 2019 at 07:42pm
Our sincere condolences to you all on your fathers death. Sorry we weren't able to be there.
Ronald & Ginger Kruszyna.
Comment Share
Share via: 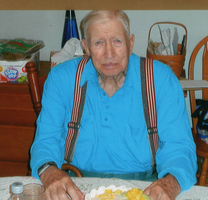