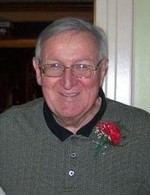 Born in Pittsfield on October 24, 1947, he was the son of Arthur F. and Rita M. St. John Brassard. Bob was a 1966 graduate of Pittsfield High School. After graduation he proudly served his country in the Vietnam War as a member of the United States Air Force as a crew chief on a refueling plane.

Bob was a machinist at General Electric and then Martin Marietta and General Dynamics for 38 years. He then served as a security guard. He also served as an EMT for County Ambulance for 11 years.
Bob married the love of his life, Joyce A. Buchholz, on September 29, 1973 who lovingly cared for him all through the years and showed us all what wedding vows mean.

Bob was a knowledgeable handyman and always the first to lend a hand wherever he could. He was a member of the Cavaliers, a local drum and bugle corps. His love of the drum corps followed him throughout his life. He was also a model train enthusiast. He loved oldies music (he even attended Woodstock). He also enjoyed camping, riding motorcycles and traveling. He served as a helper in his sons’ Boy Scout Troop 8.

Most of all he enjoyed his family and friends. One of his greatest joys was the trip he took on the Leatherstocking Honor Flight to Washington DC last year with his daughter and surprised there by his two sons.

Bob was the first Vietnam War veteran to be elected as Commander of VFW Post 448. He was a member of the “C.O.O.T.I.E.S.”, the hospital chapter of the VFW. He was an active member of the Vietnam Veterans, James E. Callahan Chapter 65 of Pittsfield.

He leaves behind to treasure his memory his wife, Joyce, as well as his three children: Rebecca j. “Becky” Shaughnessy of Manchester, NH and her husband Mark, Eric W. Brassard and his wife Roberta “Robbie” of Pittsfield, and Neal T. Brassard and his wife Amy of Cheshire; his grandchildren who were the light of his life, Connor & Sara Shaughnessy, Chayne, Hannah, Dana, Michael & Ryleigh Brassard; his sister, Anne Feeley; his sisters-in-law, Kathy Truden Brassard and Tina Corbosiero; his brother in law Louis Buchholz; and his nieces and nephews, Mark & Brian Feeley, Colleen O’Connell, Tracy & Stephanie Bullett & Martin Parks, and Brenda Hinterscher, Chrissy Patton, Lorrie Brassard & Amanda Bourassa as well as many friends . He was predeceased by his parents, his brother Richard (2020) and his best friend, Charles Stickles (2020), as well as his brother-in-law, Edward Feeley.

FUNERAL NOTICE: The funeral for Robert E. “Bob” Brassard will be held on Thursday, September 10 beginning at 9:15 am at Dery Funeral Home, followed by a Liturgy of Christian Burial at 10:00 am at St. Charles Borromeo Church celebrated by Rev. Peter A. Gregory, Pastor Emeritus and concelebrated by Rev. John Tuohey, Administrator. Burial with full military honors will follow at St. Joseph’s Cemetery. Calling hours will be held at the funeral home, 54 Bradford St, Pittsfield, from 4 to 7 pm on Wednesday, September 9.


In lieu of flowers memorial donations may be made to Leatherstocking Honor Flight in care of the funeral home.

A special thanks to Kathy Brassard & Chrissy Patton who helped care for him in Florida and back at home in Pittsfield.