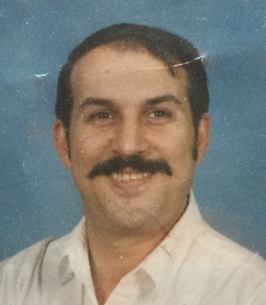 Born in Pittsfield on September 17, 1950, the son of Simeon L. and Theresa Y. Bourgault Belanger. Bob attended Pittsfield schools and then went to barber school in Albany N.Y. where he got his barber’s license. He worked for his dad at Sims barber shop which his father owned and the Miracle Mile on Dalton Avenue, Pittsfield MA. He later worked as a machinist in the Power Transformer and Plastics Departments, and he worked at the Schenectady GE at the end of his career. Robert retired in 2010 with 23 years of service.

Bob had a big heart for people and helped people whenever he could. When he lived in Williamstown, MA he regularly mowed lawns for elderly people at the mobile park he lived in. Bob took care of his partner Jane Durant’s mother at the end of her life. He also took care of Jane Durant’s nephew and niece. He provided care for his mother Theresa Belanger at the end of her life. If we all had love for each other like Bob, what a great world this would be.

Mr. Belanger leaves his wife, the former Nancy French, whom he married in Pittsfield MA. He is predeceased by his daughter Amelia Belanger, and brothers Richard, Paul, and David Belanger.


FUNERAL NOTICE: Funeral services for Robert James Belanger will be held THURSDAY, June 30, 2022 at 11 a.m. at the Berkshire First Church of the Nazarene on 165 North Street in Dalton, MA. with Rev. Tom Quattrociocchi, officiating. Burial will follow in St. Joseph’s Cemetery in Pittsfield. In lieu of flowers, memorial contributions may be made to American Heart Association in care of Dery Funeral Home, 54 Bradford St, Pittsfield, MA.