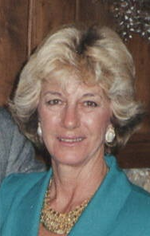 Rita Elaine Fiorini-Tart, one of eight children, Rita was born in Boston’s historic North End on June 19, 1935. The sixth child of Leo and Rose Ranauro Fiorini. Rita was affectionately known as “Ducky”.

The family relocated to Pittsfield in 1939 so her father could work making pizza at the Rainbow Restaurant, owned by his cousin, Tony Sacchetti.

Rita attended Crane Elementary School and was a graduate of Pittsfield High School in 1953. She was Miss Pittsfield and competed in the Miss New England Pageant.

After being employed at GE for several years, she fulfilled a longtime desire to be a nurse. She graduated from St. Lukes Hospital School of Practical Nursing in 1970. Her nursing career included hospitals in Pittsfield and Florida’s Palm Beach County (where she resided for several years.) Rita had a strong work ethic and continued in home health care into her seventies when she became ill.

She is now reunited in death with her brothers, Anthony and John Fiorini and sister Theresa Albano-Ludwig. Several cousins from the Boston area and many nieces and nephews.

FUNERAL NOTICE: Funeral services for Rita E. Tart will be held, FRIDAY, September 14, 2018 with a Liturgy of Christian Burial at 11:00am at Sacred Heart Church, celebrated by Rev. Peter Naranjo. Burial will follow in St. Joseph Cemetery. Calling hours will be held, THURSDAY, September 13, 2018 from 4:00pm-7:00pm at DERY FUNERAL HOME, 54 Bradford Street, Pittsfield. In lieu of flowers, memorial contributions may be made in her name to the American Cancer Society or the American Lung Association in care of the funeral home.


To send flowers to the family or plant a tree in memory of Rita Elaine Tart (Fiorini), please visit our Heartfelt Sympathies Store.