To share your memory on the wall of Raymond Fisher, sign in using one of the following options:

Born in Allentown, Pennsylvania on November 3, 1939, the son of Robert, Sr., and Inez Busatto Fisher, he was educated in Butler, Pennsylvani... Read More
Raymond Peter Fisher, 80, of Mallard Cove, Cheshire, died Sunday, January 19, 2020, at his home.

Born in Allentown, Pennsylvania on November 3, 1939, the son of Robert, Sr., and Inez Busatto Fisher, he was educated in Butler, Pennsylvania schools and then Cleveland Institute of Electronics, and held a 1st class FCC license.

He enlisted with the United States Navy on November 8, 1956, served as a Radio Operator aboard the U.S.S. Searcher, two and half years overseas, and was honorably discharged on October 17, 1960.

Mr. Fisher spent his entire working career, beginning as a lineman, in cable television. His employment included Berkshire Cable TV, Cox Cable, and Mountain Cable, and from 1963 to
2000 was general manager of Adelphia Cable in North Adams.

Ray was a communicant of St. Mary of the Assumption Church. He was the Prudential Committee Chairperson of the Hoosac Lake Recreation/Preservation District. He was a ham radio operator, and enjoyed bike riding and roller blading the Ashuwillticook Rail Trail, traveling, working out and music.

He was pre-deceased by two brothers, Mark Fisher and Robert Fisher.

FUNERAL NOTICE: Calling hours for Raymond P. Fisher will be held FRIDAY, February 7, 2020, from 4:00 to 7:00 p.m., at DERY-CHESHIRE FUNERAL HOME. A Liturgy of Christian Burial will be held May 16, 2020 at 10:00 a.m. at St. Mary of the Assumption Church, followed by burial with military honors in Cheshire Cemetery. In lieu of flowers, memorial contributions may be made to Paralyzed Veterans of America in care of the Funeral Home, P.O. Box 445, Cheshire.
Read Less

To plant a memorial tree in honor of Raymond Fisher, please visit our Heartfelt Sympathies Store.

We encourage you to share your most beloved memories of Raymond here, so that the family and other loved ones can always see it. You can upload cherished photographs, or share your favorite stories, and can even comment on those shared by others.

Plant a Tree in Memory of Raymond
Plant a tree 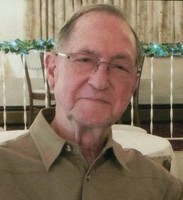