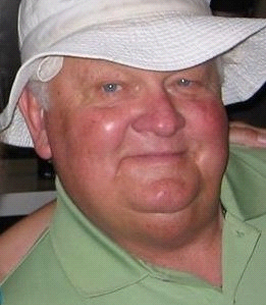 Memorial Candles Lit for Raymond | SEE ALL
Light a Candle
"We are honored to provide this Book of Memories to the family."
— Dery Funeral Home
Funeral Details Memory Wall Photos & Videos Send Flowers

Born in Pittsfield on April 24, 1942, the son of Albert and Imelda Bourgoin Barnes, he was a 1960 graduate of Pittsfield High School.

A Vietnam War veteran, Mr. Barnes enlisted with the United States Air Force on December 8, 1961, and served with the 96th Combat Defense Squadron. He was honorably discharged with the rank of Airman First Class on December 7, 1965. He then sold pots and pans for a company called Flavorite and then was employed by General Electric Company for thirty years and retired in 1995.

Ray was an avid fly fisherman, he also enjoyed bowling, canoeing and hunting. He was the first person in Massachusetts to receive a turkey permit and also held the state record for four years. In his early years he enjoyed taking vacations in the back country of the Maine woods with his family. He enjoyed watching sports and especial baseball when the Red Sox would beat the Yankees.

Mr. Barnes is survived by his wife, the former Linda A. Romeo. He also leaves his daughter Colette Goodno (Robert) of Pittsfield, MA, and his son Trevor Barnes (Kyssel Deguzman-Barnes) of Port St. Lucie, FL, his two sister-in-laws Evelyn Garstang and Bette Barnes, one step-grandson, one grandaughter and several nieces and nephews.

He was predeceased by his older brother, Ronnie Barnes and brother-in-law John Garstang.

FUNERAL NOTICE: Calling hours for Raymond Franklyn Barnes will be held Saturday, November 17, from 11:00am to 2:00pm at DERY FUNERAL HOME in Pittsfield. Burial with military honors will be private. In lieu of flowers, Memorial contributions may be made to the Disabled American Veterans in care of Dery Funeral Home, 54 Bradford Street, Pittsfield.


To send flowers to the family of Raymond F Barnes, please visit our Heartfelt Sympathies Store.

We encourage you to share any memorable photos or stories about Raymond. All tributes placed on and purchased through this memorial website will remain on in perpetuity for future generations.

Provide comfort for the family of Raymond F Barnes by sending flowers.
Send Flowers
next page >>
Page 1 of 0
Share
×