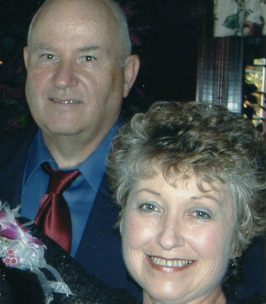 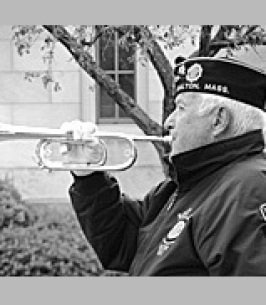 Memorial Candles Lit for Raymond and Beverly | SEE ALL
Light a Candle
"We are honored to provide this Book of Memories to the family."
— Dery Funeral Home
Funeral Details Memory Wall Photos & Videos Send Flowers

Obituary for Raymond and Beverly Kinsella

Print
Raymond W. Kinsella, 75, and Beverly K Kinsella, 75 who were married for 52 years, died together on October 11, 2018 from injuries sustained in a fire, in their home, at 71 Bryan Street in Pittsfield, MA.

Raymond was born on December 10, 1942, and Beverly was born on July 27, 1943, in Pittsfield, MA. They were lifelong residents of Pittsfield, except for a few years following their marriage in 1966, when they lived in Burlington, VT.

Beverly was the daughter of Matthew and Sophie Kulas and was a graduate of Pittsfield High School. She was employed by the former New England Telephone Company in both Pittsfield and Springfield. She was a devoted wife and mother and enjoyed creating beautiful holiday displays, culinary delights and festive artwork. She did this to bring joy and delight to family and friends. She was once interviewed for a contest for holiday decorating by Better Homes and Gardens. Gardening and cooking and being at the beach on Cape Cod brought Beverly much joy, she shared the fruits of her labors with friends with a festive flare. Her generous spirit was also evident in her love of animals, she cared for and loved many pets both dogs and cats in her life. Beverly’s mobility was reduced in recent years but she lived by a motto, “Always be kinder than you feel.”

Raymond was the son of Edwin and Sofia Kinsella and was also a graduate of Pittsfield High School as well as of the former Ward Institute of Technology in CT. He was employed by General Electric Company in Burlington, VT and in Pittsfield, MA. He was a gifted artist, in music, stained glass and wood work. In the past, he was even a regular cast-member in the Berkshire Ballet’s annual Nutcracker performances. He enjoyed his hobbies of remote-control airplane model building and flying, hunting and fishing. He was a regular senior golfer at the GEAA, and spoke of many “winning shots” during his time on the course. Through these activities he fostered life-long friendships. He is, however, most known in his community for sharing his God-given gift of music. He was recognized in 2017 by Reverend Peter Gregory, pastor of St. Charles Church, as a Parish Angel. It was Raymond who voluntarily played Taps at many of Berkshire County’s veterans’ burials and other Veteran focused events. He felt honored to also enhance the music ministry at St. Charles Church. He often performed his original music compositions at services there.

Raymond was a 30-year member of the Eagles Band in Pittsfield and also played with many local bands such as Five Easy Pieces, Pleasant Pheasant, The Castaways, Otto Schultz Oompah Band, The Jill Gallagher Band, and played Taps for the Dalton American Legion Post 155.

Both Raymond and Beverly were members of St. Charles Catholic Church.

Death may have stolen Raymond and Beverly from this world, but it cannot claim them because they gave themselves to us. In or hearts and in our memories, they live forever.


FUNERAL NOTICE: Calling hours will be at the Dery Funeral Home, 54 Bradford Street, Tuesday, November 13, 2018 from 4 p.m. to 7 p.m. A Liturgy of Christian Burial will be held Wednesday, November 14, 2018 at 10 a.m., at St. Charles Church, celebrated by Rev. Peter A. Gregory, Pastor Emeritus. A private family graveside service will be in the Stockbridge Cemetery in Stockbridge, MA at a later date. In lieu of flowers, memorial contributions may be made in their names to The Eagles Band, Inc, in care of Dery Funeral Home, 54 Bradford Street, Pittsfield, MA 01201.

To send flowers to the family of Raymond and Beverly Kinsella, please visit our Heartfelt Sympathies Store.

We encourage you to share any memorable photos or stories about Raymond and Beverly . All tributes placed on and purchased through this memorial website will remain on in perpetuity for future generations.

Provide comfort for the family of Raymond and Beverly  Kinsella by sending flowers.
Send Flowers