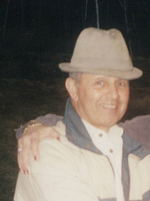 Pierre Joseph (80) died peacefully in Hancock with his family around him on Sept. 14,2018. Born in Bsalim, Lebanon on August 1,1938, son of the late Samuel and Rose Haddad Joseph.
Pierre emigrated when he was eleven years old to Cortland, NY where he was raised with his six siblings.

He attended SUNY Binghamton and Syracuse University and was then recruited for the General Electric Manufacturing Program. He excelled quickly through the ranks at G.E. In 1977, he decided to venture out on his own and he started Liberty Realty. He eventually had offices in Hancock, Ma and New Lebanon, NY and assisted in thousands of transactions over the years.

His greatest pleasure in life was to raise his four wonderful children, Michael Joseph of Acton, MA, Michelle Looney of Dalton, David Joseph of Lanesboro and Penny Saupe of Richmond. The love of his life has been and will be forever Patricia Ann Joseph of whom he married on Aug. 29,1964. He is survived by his five remaining siblings, loving wife, four children, their spouses, and nine beautiful grandchildren.

FUNERAL NOTICE: Funeral services for Mr. Pierre Joseph will be held, Thursday, September 20, 2018 with a Liturgy of Christian Burial at 9:00am at ST. MARK CHURCH, celebrated by Monsignor Michael Shershanovich, Pastor of St. Joseph Church. Burial will follow in the Hancock Cemetery. Calling hours will be held, Wednesday, September 19, 2018 from 4:00-7:00pm at DERY FUNERAL HOME in Pittsfield. In lieu of flowers, memorial contributions may be made in his name to either Hillcrest Educational Centers or Dana Farber in care of the funeral home, 54 Bradford Street, Pittsfield, MA 01201.

To send flowers to the family or plant a tree in memory of Pierre Joseph, please visit our Heartfelt Sympathies Store.