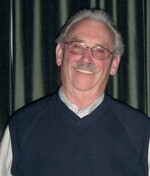 Peter L. Gresser passed away peacefully on January 10, 2021, just two days after turning “80”, from COVID-19. He was formerly of Dalton and resided at Lee Healthcare for the past three years.

Born in Friedrichshafen, Germany on January 8, 1941, he was the son of Alfons and Viktoria Wieland Gresser. He attended schools in Germany. After high school he went on to do his apprenticeship as a pastry chef. He came to the United States in 1961.

Peter then went on to marry the former Rosemarie Halder on August 17, 1961. She predeceased him in 2006 after 43 years of marriage.

Mr. and Mrs. Gresser founded and operated Morningside Bakery from 1981 to 2007. Prior to that he was the bakery supervisor at the former Adams Supermarket. He was also a co-owner of Molly’s Bakery in North Adams for many years, along with his brother-in-law, Kurt Halder.

He was a communicant of St. Agnes Church in Dalton.

He was a coach for his children’s soccer teams in North Adams and also in Dalton. Mr. Gresser enjoyed golfing, bowling, and attending his children’s and grandchildren’s events. He was an avid Red Sox and Patriots fan.

Survivors include his daughter, Heidi M. Vidoli and son-in-law, Ed Vidoli of Dalton, sons, Michael P. Gresser of Pittsfield and Stephen P. Gresser of Pittsfield, and his sister, Ursula Gresser of Hamburg, Germany.
He was a wonderful “Opi” to his seven grandchildren, Ashley Vidoli and Brenna (Vidoli) Sawtelle, Brian and Brittany Gresser, Logan, Nicholas and Drew Gresser. As well as his five great-grandchildren, Jameson Sawtelle, Collin Jackson, Camden Gresser, Giana and Giovani Jones.

The family would like to thank HospiceCare in the Berkshires and to give a heartfelt THANK YOU to his wonderful and dedicated nurse Jennifer Mazur.

FUNERAL NOTICE: There will be no calling hours. His service will be private for immediate family only. In lieu of flowers, memorial contributions may be made in his name to the American Diabetes Association or to the American Heart Association in care of DERY-FOLEY FUNERAL HOME, 890 E. Main St, Dalton, MA 01226.