To share your memory on the wall of Michael Phelps, sign in using one of the following options:

Provide comfort for the family of Michael Phelps with a meaningful gesture of sympathy.

Michael was born at Berkshire Medical Center on April 20th, 1990, to David E. and Madeline (Curd) Phelps. He grew up in Pittsfield and recently moved to Enfield, Connecticut with his life partner, Nikki Beppu, and their three beloved dogs.

Michael worked in various positions for Soldier On. Most recently, he was their transportation coordinator. Michael had a special way with the veterans, an empathetic understanding, and a keen interest in the stories they had to share. His coworkers and the veterans they serve appreciated his ability to connect with the people who needed the most help – a friendly “yeah man,” or “no problem,” were his go-to phrases, which somehow let the person know he was their ally. He also blessed his coworkers and the veterans with his kind sense of humor that never included a cheap shot, and always served to enhance their community.

He was educated in the Pittsfield Catholic School system and graduated from St. Joseph High School in 2008. Michael was a cherished member of the basketball and football teams. His teammates appreciated his love of the game, and his kind and welcoming nature that made the younger players feel welcome. He also excelled at writing, thanks to Mrs. Quinn. After high school, Michael attended Assumption College. Serendipitously, he started college just after the 2008 Olympics when Michael Phelps outswam the world – our Michael Phelps quickly became a legend in his own right on campus with the perfect icebreaker. Everyone was excited to meet Michael Phelps. Recently, Michael completed his studies for an MBA at MCLA.

Michael’s favorite thing to do was laugh, whether he was by himself or surrounded by loved ones. His quick wit was one of his first gifts – as soon as he could talk, he spouted good-natured jokes far beyond his years. He was especially good at making light of tense situations and drawing a smile from even the most reluctant. He grew up channeling Chris Farley and Adam Sandler characters and loved watching comedy specials and sharing in the joy of laughter with his friends, family, and coworkers. The best part about Michael’s love of comedy was his contagious laugh – an infectious bellow that echoed throughout the house.

Michael’s other favorite thing to do was cheer for the Celtics and Patriots, although laughter was only involved depending upon the outcome. He was a passionate fan who never missed a game. Although he was never a Boston guy, Tim Duncan was one of Michael’s childhood heroes. He could give you stats on players across the league, and was everyone’s go-to guy for sports trivia questions.

Michael loved family vacations on the Cape, where he’d revel in the water – swimming until his fingers wrinkled. He enjoyed walking his dogs around the block with Nikki, and spending time with his parents, brother and sister, and their partners.

Michael is intensely missed by the loved ones he leaves behind. In addition to his parents, Nikki, and his “kids,” he is survived by his older sister, Patrice Marrero and her husband Manny Marrero of West Yarmouth, who was more than a brother-in-law; his older brother who he idolized, David C. Phelps, and his fiancée Cecily Bowen of Boston; his grandmother, Patricia Curd, of Lenox; grandparents, Leon and Dorothy Phelps of Pittsfield; and aunts and uncles, Kathleen and Bill Walsh of Syracuse, NY; Patricia and Thomas Sudek of Rochester, NY; Marianne and Samuel Oliva of Northbrook, IL; Rosemary and Brian Kirk of Hull, MA; Joanne and John Murphy of Pittsfield; James Enos of Groton, MA; and Deborah Phelps of Pittsfield. Michael will be deeply missed by his 17 cousins who adored him. He was predeceased by his grandfather, Dr. Clement Curd, his aunt, Cecilia (Curd) Enos, his uncle, Steven Phelps, and his dog, Snoop – who was undoubtedly the first to greet him when he arrived in Heaven.

FUNERAL NOTICE: Funeral services for Michael J. Phelps, will be held, WEDNESDAY, January 8, 2020 with a Liturgy of Christian Burial at 10:00 a.m. at Sacred Heart Church, celebrated by Rev. Peter A. Gregory, Chaplain of Soldier On. Burial will follow at St. Joseph Cemetery. Calling hours will be held TUESDAY, January 7, 2020 from 4:00 p.m. to 7:00 p.m. at DERY FUNERAL HOME, 54 Bradford St, Pittsfield, MA 01201. In lieu of flowers, memorial contributions may be made in his name to Soldier On in care of the funeral home. Also, know Michael would be grateful if we all rooted for the Patriots and Celtics with a little extra enthusiasm to help fill the void left by his passing.
Read Less

Yours truly, Chuck Jones and the HHSI Board of Dir, Caitlin Palmer, and others have sent flowers to the family of Michael James Phelps.
Show you care by sending flowers

Posted Jan 09, 2020 at 11:38am
With our heartfelt sympathy and condolences... May God and your loving memories of Michael comfort your hearts...God Bless...
Comment Share
Share via:
YD

Yours truly, Chuck Jones and the HHSI Board of Dir

Yours truly, Chuck Jones and the HHSI Board of Dir purchased flowers for the family of Michael Phelps. Send Flowers

Posted Jan 07, 2020 at 09:08am
You will be beyond missed, you had such a big heart and so much love to give. You will remain in our hearts forever. Prayers & Blessings.

Posted Jan 06, 2020 at 09:44pm
Mike had a polite and gentle presence with a laugh that was so contagious everyone in the room couldn’t help but laugh. I am truly saddened by this loss. My heart goes out to Mike’s family and loved ones. He will forever be in my heart. ❤️
Comment Share
Share via: 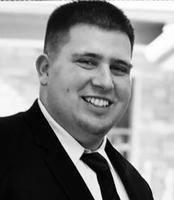