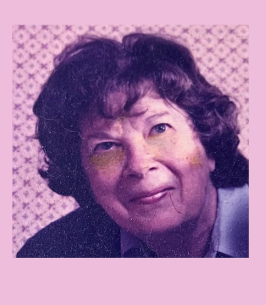 Margaret Anne Dempsey passed peacefully from this earth at the grand old age of 105, Thursday evening May 12, 2022 at Mount Carmel Care Center in Lenox, MA.

Margaret (Nanny to family) was born in Gt. Barrington, MA on March 22, 1917, just one year prior to women attaining the right to vote. An informed vote was something she considered a priority and throughout her life she always kept pace with politics at every level from local to State and Federal well into her last years.

Margaret never fell out of love with the town of her birth where her father drove one of the first Model T’s seen on her beloved Russell St.

Margaret met Edward Dempsey, the love of her life, at Melvin’s Pharmacy in Gt. Barrington, where he was a then fledgling Pharmacist. On July 15, 1944 they were married while he was on leave from the Army Air Corps during World War 2. One of her favorite stories of her wedding was that she and her 2 sisters were married within 2 weeks of each other and all wore the same dress, materials being scarce during the war effort.

In 1951 the couple purchased Silvernails Pharmacy on Main St. in Dalton Ma. and the family (now 3) relocated to Dalton.

An avid Crossword puzzle enthusiast, she confidently did her puzzles in ink, including even the Sunday N.Y. Times. Margaret loved cooking and was considered a gourmet cook by everyone fortunate to experience her culinary skills first hand. She was a very accomplished gardener, knitter and sewer. Neighbors often commented in amazement at her flower gardens which seemed to burst with vibrant color all through Summer into Fall.

Always a bird lover, she was familiar with all the various feathered friends likely to be encountered at Berkshire County feeders and was a regular contributor to the Audubon Society. Another favorite hobby was Bridge and she belonged to 3 different Bridge clubs which kept her quite busy over the years.

Upon arriving in Dalton, Margaret became a communicant of St Agnes Church and belonged to the Rosary club for many years. She also volunteered in many Red Cross blood drives over the years and contributed hand-made items to Sales for the Blind as well as making colorful Afgans for babies in the hospital.

Margaret is survived by her 2 children, Martin Dempsey of Cummington MA, and Anne Melissa Gannon of Blandford MA, as well as 7 grandchildren and 9 great grandchildren. A truly long and happy life.

In Margaret’s memory donations to St. Agnes School in Dalton may be made in care of Dery-Foley Funeral Home, 890 E. Main St, Dalton, MA. Per Margaret’s request there will be no calling hours.