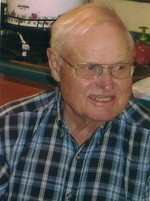 Lifelong Lanesborough resident and local business owner, Malcolm M. Baker, passed away peacefully on Tuesday, August 11, 2020.
Born October 31, 1925, Malcom, “Mal”, was the youngest of three children. His family settled in Lanesborough in 1888. They farmed their land and in the early 1900’s started a dairy farm, which operated until about 1930.
As a child, Mal used to love helping work on the farm. In the early 1930’s the family built cabins on their property and proudly welcomed guests to stay at the Baker Farm Cabins until 1986.
After a fire destroyed the family barn in 1941, a couple years had passed by when a local man rented the farm property and moved his driving range to the farm.
In the 1950’s, Mal started a small farming business of his own. He loved working with animals and spending time outdoors. At one time, he even offered Pony Rides at the farm.
In 1968, the owner of the driving range retired and Mal took the business over. For many years, Mal worked hard running the Driving Range, Miniature Gold and Baker Farm Cabins. He did much of the maintenance and repairs by himself, but had the help of his sister for the everyday operations.
Mal spent countless hours working on his property and was very proud of everything he had and all that he accomplished. You would often see him out on his tractor or riding on his lawnmower. As years passed, he found it harder to do everything. He welcomed a family friend, Debbie Storie, to help him run the Driving Range and Miniature Golf.
Mal worked on the property until just shy of his 94th birthday. Retirement was never in his blood. Being outside and productive made him happy.
Malcolm was the son of Perry J. Baker and Theresa Bowers Baker. He was predeceased by his sister, Rita M. Baker and brother, J. Wesley Baker. He leaves family friend, Debbie Storie of Lanesborough, MA and a cousin Stephen Kelley of Santee, CA.
FUNERAL NOTICE: A Liturgy of Christian Burial will be held, SATURDAY, August 15, 2020 at 10:00 a.m. at St. Charles Borromeo Church celebrated by Rev Peter A. Gregory, Pastor Emeritus. Burial will follow at Pittsfield Cemetery. There will be no calling hours. In lieu of flowers, memorial contributions may be made in his name to the Liann Bordeau Buck Scholarship Fund in care of DERY FUNERAL HOME, 54 Bradford St, Pittsfield, MA 01201.