To share your memory on the wall of Louis Montini, sign in using one of the following options:

We encourage you to share your most beloved memories of Louis here, so that the family and other loved ones can always see it. You can upload cherished photographs, or share your favorite stories, and can even comment on those shared by others.

Posted Dec 29, 2019 at 01:19pm
Dear Pam and family
Mike and I are so very sorry for your loss. Even though we haven’t seen one another for ages, we remember the days when you and your Dad lived on Newell St. and enjoyed going to the East Side for pizza and friendship. Sending prayers for peace and comfort in the days ahead.
Sincerely,
Mike and Becky Knox
Comment Share
Share via: 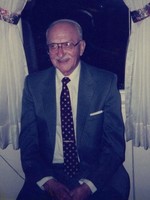