To share your memory on the wall of Lemuel Lloyd, sign in using one of the following options:

Provide comfort for the family of Lemuel Lloyd with a meaningful gesture of sympathy.

Lem was a proud patriot, serving more than 23 years in the US Air Force and commandi... Read More
Major (Ret.) Lemuel G. Lloyd Jr., a decorated U.S. Air Force veteran, died on Friday April 5, 2019 at his home in El Dorado Hills, CA. He was 90 years.

Lem was a proud patriot, serving more than 23 years in the US Air Force and commanding troops across several continents. He enlisted in 1951 at the age of 22 and thus followed a career that took him from the icy expanses of Labrador, Newfoundland, through the historic towns of Germany and onto the battlefields of Vietnam.

He received many military decorations, including The Bronze Star and The Republic of Vietnam’s Honor Medal (First Class).

Lem was a man of great energy and many talents. A keen student of history and in particular, military history, Lem was able to deliver lectures on historic events and famous battles. Serving two tours in Germany, Lem quickly became fluent in the German language and was often mistaken as a local while enjoying Mosel wines with his friends there. Endowed with a strong voice, Lem also was a lover of Irish folk songs and was known to sing ballads made popular by The Clancy Brothers.

Lem was preceeded in death by Florence Ruscio Lloyd, his loving wife and best friend of more than 40 years and his parents: Lemuel G. Lloyd, who served as The Town of Pittsfield’s Tax Collector and Corinne Brennan Lloyd, who was among the first women to work full-time at The Pittsfield Saving Bank.

Lem has several grandchildren and great children, including: Lauren and Ellie Sher of New York, NY, Celeste and Carly Lloyd of Los Altos, CA and Ben Lyon and Boston and Ivy Lyon of Folsom, CA

Lem was a true son of Pittsfield, Mass. He grew up in the 1930s in his family house at 28 Bradford Street, served as an altar boy at St. Joseph Church and upon the conclusion of his military service in the mid 1970s, managed the family commercial real estate properties in downtown Pittsfield.

A graduate of Vermont’s Saint Michael’s College, Lem later received a masters degree from Union College while serving a professor at the College located in Schenectady, NY.

FUNERAL NOTICE: Funeral services for Mr. Lloyd will be held, Thursday May 2, 2019 with a Liturgy of Christian Burial at 1:00pm at St. Joseph Church, celebrated by Monsignor Michael A. Shershanovich, Pastor. Burial will follow in Pittsfield Cemetery. Calling hours will be held prior to the service from 12:00pm-12:45pm at DERY FUNERAL HOME, 54 Bradford St, Pittsfield, MA.
Read Less

To send flowers to the family or plant a tree in memory of Lemuel G Lloyd Jr., please visit our Heartfelt Sympathies Store.

Receive notifications about information and event scheduling for Lemuel

We encourage you to share your most beloved memories of Lemuel here, so that the family and other loved ones can always see it. You can upload cherished photographs, or share your favorite stories, and can even comment on those shared by others. 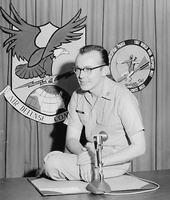 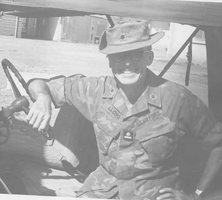