To share your memory on the wall of Kenneth Cyr, sign in using one of the following options:

Born in Madawaska, Maine on October 11, 1932, a son of Isaie L. (I.L.) and Corrine Gagnon Cyr, he moved to Portland, Maine in August 1941 and was a graduate of Cheverus Classical High School where he was in the college preparatory program and lettered in track and field. While living in Portland he enjoyed many summers with the family in a cottage at Higgins Beach.

He was a member of the Civil Air Patrol and participated in search and rescue missions over several years in the Portland area. A Korean War Veteran, he enlisted with the United States Air Force in October 1951, attended Air Force technical schools and was accepted into the Aviation Cadet Program. His last station was in French Morocco where, being able to speak the language, he traveled extensively, including climbing the Rock of Gibraltar. During his service, he was also awarded an American Red Cross “Water Safety Instructor” rating and taught many swimming courses throughout his military service and thereafter for civilians. He was honorably discharged with the rank of Airman First Class in 1955.

Following military duty, Mr. Cyr settled in Enfield, CT where he initially worked for Hamilton Standard. He was a member of the International Brotherhood of Electrical Workers and worked in the electrical construction industry for over 40 years, retiring in 2006. While in Enfield, he was a Fourth-Degree member of the Knights of Columbus.

Mr. Cyr and his wife Josephine moved to West Cummington, MA in 1972 and were proprietors of Remington Lodge for 33 years. One of the highlights at Remington Lodge were the annual clambakes, a skill he learned during his youth at Higgins Beach.
Mr. Cyr learned to ski in his teens in Portland, and didn’t stop until well into his 70’s. He was an active member of the National Ski Patrol for 45 years. During that time he was a 35-year member of the Berkshire Snow Basin Ski Patrol, 15 years as it’s leader, and was a 10-year member of the Brodie Mountain Ski Patrol. In 2009 he was awarded National Ski Patrol lifetime membership. He transferred his love of skiing to his children and grandchildren and took great joy in skiing together with them.

He is also survived by two sons, Philip Cyr and his wife Martha, of Charlton, MA, and Ian Cyr and his wife Lisa of Belchertown, MA, and five grandchildren, Sunny, Ryan, Emma, Cameron, and Gavin. He was predeceased by his sisters Reola and Luella, and his brothers Bert, Lloyd, and Ronald.

FUNERAL NOTICE: Funeral services for Kenneth G. Cyr will be held MONDAY, October 5, 2020 with a liturgy of Christian Burial at 10:00 a.m. at St. Agnes Church celebrated by Rev. Christopher Malatesta, Pastor. Calling hours will be SUNDAY, October 4, 2020 from 3:00 p.m. to 6:00 p.m. at DERY-FOLY FUNERAL HOME, 890 E. Main St, Dalton, MA. A celebration of his life will be held at a later date. The omission of flowers is requested. Memorial contributions may be made to the National Ski Patrol, Eastern Division, P.O. Box 178, Manchester, NH 03105.
Read Less

To send flowers to the family or plant a tree in memory of Kenneth G. Cyr, please visit our Heartfelt Sympathies Store.

Receive notifications about information and event scheduling for Kenneth

We encourage you to share your most beloved memories of Kenneth here, so that the family and other loved ones can always see it. You can upload cherished photographs, or share your favorite stories, and can even comment on those shared by others.

5 trees were planted in the memory of Kenneth Cyr

Posted Oct 05, 2020 at 04:03pm
Uncle Ken has left us with a liftime of memories from Thanksgivings at Remmington Lodge, trips to Maine, skiing at Snow Basin and the nights filled with laughter and music. Thanks for teaching our generation the importance of family and making memories. You are missed already but will always be in our hearts.
Comment Share
Share via:
RL

Posted Oct 03, 2020 at 05:36pm
Cousin Ken, you were a light-hearted, humor-filled spirit that heaven is now so blessed to have in its presence. RIP dear cousin
Ron Lapointe, Ken's cuz in Asheville NC.
Comment Share
Share via:
HS

Flowers were purchased for the family of Kenneth Cyr. Send Flowers

The staff at the CC of P 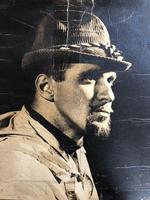 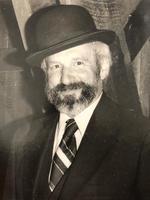