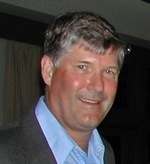 Joseph K. Farrell, 61, a Dalton native, of Lake Mary, Florida passed away on November 13, 2017. Born on September 2, 1956 in Pittsfield, he was a son of the late John E. Farrell Sr. and the late Carol Morrison Farrell. Joe was educated in Dalton schools, and a 1974 graduate of Wahconah Regional High School. He continued his education at Northeastern University and received his Bachelor of Science degree in Electrical Engineering from Southeastern University in 1979. Joe was the Vice-President of Software Application Development at Syniverse Technologies in Tampa, FL where he had worked for the past eight years. He had also worked at Convergys in Lake Mary, PrimeCo in Dallas, TX, and IBM in Boca Raton, prior to joining Syniverse. While in Dalton Joe was a communicant of St. Agnes Church. He also served as a longtime volunteer youth basketball coach at the Lake Mary YMCA and was a member of Arnie’s Army of volunteers at the Arnold Palmer Invitational at Bay Hill in Orlando for many years. He enjoyed golfing, taking his sons, Sean and Ryan, to Orlando Magic games, and developing iPhone applications. He leaves his wife: Susan J. Cutshaw Farrell of Lake Mary, FL whom he married on May 19, 1979. Two sons; Sean J. Farrell of Atlanta, GA and Ryan J. Farrell of Washington D.C. Five brothers; John E. Farrell Jr. and his wife Minnie of Gulfport, MS, James F. Farrell and his wife Mary of Pownal, VT, Jeffery B. Farrell and his wife Theresa of Dalton, Mark F. Farrell and his wife Linda of Peru and Peter J. Farrell and his wife Candice of Dalton. Three sisters; Susan F. Haddad and her husband Paul of Pittsfield, Aline M. Ferris and her husband John of Windsor and Ann M. Farrell of Dalton. He also leaves his mother-in-law; Evelyn Cutshaw of Rochester, NY. He was predeceased by a brother; Matthew T. Farrell late of Dalton and by his father-in-law; the late Robert Cutshaw.


FUNERAL NOTICE: Funeral services for Joseph K. Farrell who passed away November 13, 2017 will be held Monday, November 20, 2017 with a Liturgy of Christian Burial at 11:00 AM at St. Agnes Church in Dalton celebrated by the Rev. Peter A. Gregory, pastor emeritus of St. Charles Church in Pittsfield. Burial will follow in Ashuelot Cemetery. There are no calling hours. Memorial donations in memory of Joe may be made to the Winnie Palmer Hospital For Women And Babies in care of the DERY-FOLEY FUNERAL HOME, 890 Main Street, Dalton, MA 01226 which is handling arrangements. To share a memory or condolence with Joe’s family please visit www.deryfuneralhome.com

To send flowers to the family or plant a tree in memory of Joseph K. Farrell, please visit our Heartfelt Sympathies Store.