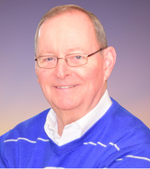 On May 22, 2022, John J. McCann III, surrounded by his family, passed away peacefully after a brief illness in Rock Hill, SC.


Born in Dover, NH on January 7, 1947, he was the first of three children born to John J. McCann, Jr. and Kathleen Hennessey McCann.


John was raised in Durham, NH. A born salesman, John took to the streets of Durham selling everything from ribbon candy to his snow shoveling services. His quick wit and charm got him in the door, but his kindness and helpful ways made people feel at ease and seek him out for more.


Always willing to put in a hard day’s work for an honest wage, John worked almost his entire life. After graduating from St. Thomas Aquinas High School in Dover, NH, John joined the U.S. Navy. He served in the nation's nuclear submarine fleet from 1967 to 1972. Upon leaving the Navy he took a job at New York Life selling life insurance in Connecticut. In 1979, he became a Territory Sales Manager with Johnson Wax’s Commercial Products division. Later, he took his dream job as Sales Trainer where he traveled the country (and eventually internationally) delivering sales training and motivational seminars to clients and colleagues. He practiced what he preached and often could be heard telling a group “If I’m lyin’, I’m dyin’!”


After retiring from Johnson Wax, John started his own consulting and sales training business McCann Motivations. He continued his work delivering seminars to clients while also delivering employee hiring and retention services.


The job John was most proud of was that of husband and father. On February 14, 1969, he married the love of his life, Christine Kinney, in Laurens, SC. They had two children, Jeff and Michael, to whom he was extremely devoted.


John loved to play golf, especially with his family. The highlight of his golfing career came when he and his son Jeff claimed his club’s Member-Guest Tournament Championship in 2007 at Holly Tree Country Club. He was also involved in many volunteer activities including the CT Jaycees, and board positions at his home at Park Pointe Village. He enjoyed staying active (and competitive) in the pool playing water volleyball.


John is survived by his wife Christy and sons Jeff (Lee) McCann of Boxford, MA, and Michael (Allison) McCann of South Portland, ME, his sister Kathleen Dorko of Silver Lake, OH, and the joys of his life, grandsons Christian and Kenny McCann, as well as nephew Alex (Melissa) Dorko of Chicago, and niece Jennie (John) Green of Silver Lake, OH. John was predeceased by his brother James Patrick McCann of New York.


A Memorial Service and burial with Military Honors will be held Thursday, June 30, 2022 at 11 a.m. at Pittsfield Cemetery Chapel 203 Wahconah St, Pittsfield, MA.


In lieu of flowers, memorial donations may be made to the Park Pointe Village Samaritan Fund, 3025 Chesbrough Blvd, Rock Hill, SC 29732.