To share your memory on the wall of John Kowalczyk, sign in using one of the following options:

Born in Pittsfield on February 14, 1964 to Richard J. and Roberta A. Culverwell Kowalczyk, he was a graduate of Taconic High... Read More
John Joseph Kowalczyk, 55, of Windsor, MA, passed away suddenly on January 12, 2020 at Berkshire Medical Center.

Born in Pittsfield on February 14, 1964 to Richard J. and Roberta A. Culverwell Kowalczyk, he was a graduate of Taconic High School and then attended the Journeyman Electrician Program through the City of Pittsfield.

John was the sole proprietor of John Kowalczyk Electric for over 20 years. Most recently, he worked for Comalli Electric. In addition, John was the wire inspector in the towns of Windsor and Peru.

John was an avid outdoorsman who enjoyed life to its fullest. He was proud to pass on his love of fishing & ice fishing to his children, share his love of snowmobiling with anyone who crossed his path, but especially his wife Debbie, children Lizzy, Andrew, JM and his brother Rob. John loved volunteering and jumping in to any project that could improve the lives of others. There was no ask too big or small of John that he wouldn’t meet. Whether it was pulling you out of a ditch, building a bridge or shoveling mulch for the Wahconah Baseball Booster Club, he was the first one on the job, and his work ethic and commitment was contagious enough to bring a crowd.

John and Debbie built their life beginning with their house. In short time, the house they built became a home, filled with love, joy and laughter with the birth of Lizzy, Andrew and John-Michael. He loved watching them all in their sports, and especially flipping pancakes for the teams on Saturday morning. John was driven by family commitment. He was so incredibly proud of all of his children, which if you ever ran into him at his local spots like Paddy’s or Jacob’s you knew all of their latest achievements!

His love of life, large personality and big smile will be deeply missed by the many lives he has touched in his too short time.

FUNERAL NOTICE: A Celebration of Life for John will be held, SATURDAY, January 18, 2020 from Noon to 5:00 pm at Wahconah Country Club in Dalton. In lieu of flowers, memorial contributions may be made in his name to the Windsor Fire Department or Berkshire Snow Seekers to create the John J Kowalczyk Memorial Scholarship for local graduating students in care of DERY-FOLEY FUNERAL HOME, 890 E. Main St, Dalton, MA 01226.
Read Less

Posted Jan 18, 2020 at 08:51am
Sending my heartfelt condolences to the entire family. I think about how John and Debbie warmly welcomed everyone to the WRHS basketball games like family. Please know your Dalton “family” is here for you, now and in the challenging times ahead. He certainly leaves the world a better place because of his kindness and commitment to his family and community. ❤️❤️❤️
Margit Hotchkiss
Comment Share
Share via:
P

Posted Jan 17, 2020 at 05:06pm
When the severe ice storm took place in 2008, we were still without power long after power was restored to the rest of the town. John came to our house with his generator and a 6-pack of beer and hooked the generator up for us. We will never forget how selfless and caring he was to do that for us. John was also a huge supporter/ helper for Windsor Baseball. Rest In Peace John and God Bless Debbie, and kids.
Rick and Jean Wagner
Comment Share
Share via:
PC

Paul & Barbara Culverwell purchased the The FTD Comfort Planter and planted a memorial tree for the family of John Kowalczyk.

Posted Jan 14, 2020 at 10:46pm
We are so sorry for your loss. John will be missed by many as he was always friendly and kind and there if you needed him.
Comment Share
Share via:
KR

Posted Jan 14, 2020 at 09:58pm
My deepest Sympathies to John's family. The few times I met John he was nothing but welcoming. He made the best margaritas and his laugh was infectious. The love he showed for Debbie was nothing but pure and genuine.
Comment Share
Share via: 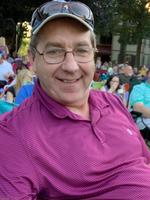