In Memory of
Jeannette  Wilhelm Ruth
Simms
1932 - 2017
Click above to light a memorial candle.
Memorial Candle Tribute From
Dery Funeral Home
"We are honored to provide this Book of Memories to the family."
View full message >>>
Send Flowers
Menu 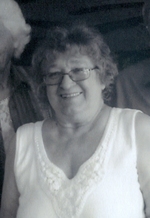 Jeannette Ruth Wilhelm Simms, age 84,died SATURDAY, APRIL 29, 2016 at Springside Nursing Home. Formerly of Westminster, Maryland and Silverleaf Drive, Becket. She was born in Baltimore, Maryland on September 16, 1932, the daughter of the late Herman D. and Bessie M. Bowen Wilhelm. She was educated in Baltimore schools and graduated in 1950 from Clara Barton High School.
Mrs. Simms had been employed as a secretary for the Maryland Casualty Insurance Company in Baltimore for several years until 1971 when she stopped working to raise her family. An avid baseball fan; she enjoyed her Baltimore Orioles, and could be heard chanting at ball games “Come on Brooksie Baby, Come on Brooksie Boy” when Brooks Robinson (#5) was up at bat. She also enjoyed being a member of the Band Boosters, raising money for the band her youngest son Scott played in for the Local Liberty High School in Eldersburg, MD. She had been a member of the Valley Presbyterian Church in Maryland and had attended the Becket Federated Church.
Mrs. Simms married William C. Simms on April 5, 1953; he died on March 14, 2016.
Mrs. Simms is survived by her daughter: Cindy (and Mark) Chevett (with whom she had lived) of Becket, MA; her two sons: David E. (and Sharon) Simms of Westminster, MD, and Scott N. (and Novella) Simms of Westminster, MD; her eight grandchildren: Emily Chevett of Becket, MA, Erik Simms of Westminster, MD, Jonathan Simms of Gamber, MD, Raldolph Simms, William Simms, Douglas (and Ana) Cutsail, Michael (and Sharon) Cutsail, and Jason Cutsail; her great-grandchildren: Alyssa Simms, Andrea Cutsail, Aryn Cutsail, Alexander Cutsail, Genievieve Cutsail, and Michael Cutsail; her sister: Katherine Fishpaw of Spring Grove, PA; and many nieces and nephews. Jeannette was pre-deceased by four brothers: Raymond Wilhelm, Herman “Donald” Wilhelm, George “Jim” Wilhelm, and Norman “Boots” Wilhelm; and three sisters: Bessie Pedone, Retta Calp, and Hilda Diana Wilhelm.

FUNERAL NOTICE
Funeral services will be held SATURDAY, MAY 20, 2017 at 10:00 AM at the Becket Federated Church with burial to follow in North Becket Cemetery. There are no calling hours. In lieu of flowers, memorial donations may be made to the American Cancer Society, the Becket Food Pantry, or the Becket Praise Team (whose music comforted her in her last days) in care of the DERY-FOLEY FUNERAL HOME, 890 East Main Street, Dalton, MA 01226.

To send flowers to the family or plant a tree in memory of Jeannette Wilhelm Ruth Simms, please visit our Heartfelt Sympathies Store.