To share your memory on the wall of Jean Phillips, sign in using one of the following options:

Print
Jean Edna Austin Phillips died on Friday, September 13, at her beloved home in Lanesborough where she had lived for over five decades.

Born in West Frankfurt, NY in 1930, Jean was a bright and diligent student who trained as a nurse. She... Read More
Jean Edna Austin Phillips died on Friday, September 13, at her beloved home in Lanesborough where she had lived for over five decades.

Born in West Frankfurt, NY in 1930, Jean was a bright and diligent student who trained as a nurse. She worked at Utica hospitals for several years until she met Robert Phillips through friends. They married soon after and their loving union built a family of five children, 8 grandchildren and 3 great grandchildren who have remained close throughout their lives.

Jean was an accomplished gardener and avid reader who remained interested in the world around her throughout her life. She loved books, and talking with people about books, which made her many years working at the Lanesborough library so personally fulfilling.

The family is planning a celebration and remembrance of her life from 11 am 1:00 pm at the 442 Summer St. home on Sunday, October 13.

Those wishing to commemorate her life are encouraged to make a donation to the Lanesborough Public Library’s gift fund, in care of DERY FUNERAL HOME, 54 Bradford Street, Pittsfield, MA 01201.
Read Less

To send flowers to the family or plant a tree in memory of Jean Edna Phillips (Austin), please visit our Heartfelt Sympathies Store.

Receive notifications about information and event scheduling for Jean

We encourage you to share your most beloved memories of Jean here, so that the family and other loved ones can always see it. You can upload cherished photographs, or share your favorite stories, and can even comment on those shared by others. 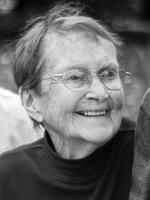