In Memory of
Gloria N
Rolland
1922 - 2018
Click above to light a memorial candle.
Memorial Candle Tribute From
Dery Funeral Home
"We are honored to provide this Book of Memories to the family."
View full message >>>
Send Flowers
Menu 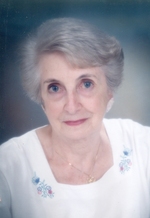 Cheshire– Gloria N. Rolland, 95, formerly of 50 Dean Street, died January 2, 2018 at Craneville Place in Dalton. Born in Williamstown on January 11, 1922, she was the daughter of the late Earl George and the former Mildred Goodell. She was educated in Williamstown Schools, but spent her senior year at Drury High School where she graduated in 1941.

Gloria worked at England brothers in Allendale and retired after fourteen years of service.

She had many friends and wonderful neighbors she could call on for help.

Gloria and Al joined the Cheshire Senior Club in 1988. She was asked to be the secretary that day and has held that office since.

She was predeceased by three brothers; Bob, Arthur and Stewart.


To send flowers to the family or plant a tree in memory of Gloria N Rolland, please visit our Heartfelt Sympathies Store.