To share your memory on the wall of Gerald Lee, sign in using one of the following options:

He operated the former Colonial News on North Street before joining the Pittsfield Police Department when he was 29. A patrolman for three years, followed by a three year stint as detective, Lee made sergeant after six years on the force and was appointed lieutenant in 1983. He obtained his associates degree in criminal justice in 1988. In 1992 he was appointed police chief, a position he held for five years. During his tenure the department saw an increased emphasis on community policing, the creation of the West Side Neighborhood Resource Center, the expansion of the DARE program, the presence of police officers in the city’s schools, and a modernized dispatch center. Lee, who earned the admiration and respect of his fellow officers, was described by colleagues as fair, knowledgeable, and a first class professional.

Following his police career, Mr. Lee served on the city council for twelve years, eight as council president. In an extraordinary showing for a political newcomer, Lee topped the crowded at-large council field during his first bid for city council at-large in 1999. As council president Mr. Lee steered the council in a progressive direction and worked closely with Mayor James Ruberto to move forward on the city’s downtown revitalization, improving the school system, boosting employment, and making municipal government more efficient. Mr. Lee was an effective and respected city council member with a wealth of knowledge about the rules of government and the City of Pittsfield. His succinct observations, usually delivered with his characteristic dry wit, were always valuable.

His volunteer activities were many and included coaching minor league baseball, chairman of the Berkshire United Way’s public sector division and a supporter of youth agencies and programs such as the Jimmy Fund and Big Brother/Big Sister. Mr. Lee served on the board of directors for both Berkshire County Kids’ Place and Elizabeth Freeman Center. As a member of the American Legion Post 68, Mr. Lee helped serve food to those in need at the annual Christmas dinner. He was involved with his church community as an offertory counter and volunteer at the annual Sacred Heart church bazaar. In 1996 he was named person of the year by the Irish American Organization in honor of all his contributions to improve the quality of life in Berkshire County.

Mr. Lee enjoyed watching sports, particularly the Boston Celtics and Boston Red Sox. He was an avid gardener, loved to play cards, and enjoyed traveling with his wife during their retirement. For many years he partook in an annual golfing trip to Myrtle Beach with friends. Early on, there were memorable camping trips, epic wiffle ball games, countless basketball games, and many fishing outings. His recall of facts was renowned and he frequently entertained family and friends with stories from his days on the Pittsfield Police Department. He was a dedicated father to his four children and five grandchildren. Above all he was a loving and committed husband to his wife, Michelle. He will be sorely missed.

FUNERAL NOTICE: Funeral services for Mr. Gerald M. Lee, will be held, SATURDAY, January 4, 2020 with a Liturgy of Christian Burial at 11:00 a.m. at Sacred Heart Church, celebrated by Rev. Frank Lawlor. Calling hours will be held, FRIDAY, January 3, 2020 from 4:00 p.m. to 7:00 p.m. at DERY FUNERAL HOME, 54 Bradford Street, Pittsfield. In lieu of flowers memorial donations may be made in his name to the Berkshire County Kid’s Place in care of the funeral home.
Read Less

We encourage you to share your most beloved memories of Gerald here, so that the family and other loved ones can always see it. You can upload cherished photographs, or share your favorite stories, and can even comment on those shared by others.

Posted Jan 04, 2020 at 09:05am
So sorry for your loss. Gerry was the reason I was assigned to the detective bureau and was always there for help and support. He will be missed.
Comment Share
Share via:
B

Posted Jan 03, 2020 at 05:29pm
Brian, Jodi and Family,
My most sincere condolences to you and your family on the loss of your father. He was a special man. My thoughts and prayers are with you all now.
Catherine Brumley
Comment Share
Share via:

Posted Jan 03, 2020 at 10:05am
RIP my childhood friend. The fun and adventures we had growing up are still fresh in my mind.
Jack Burns
Comment Share
Share via:
PM

Peter Marchetti purchased flowers for the family of Gerald Lee.

Posted Jan 01, 2020 at 02:08pm
To Gerry's Family,
Please accept our deepest sympathy and prayers in the loss of your father.It was always nice to see both your Mom and Dad at mass or out and about.You have so much to be proud of with both parents.Keep memories close to your hearts and call on them daily.They give strength.Condolences to you.
Comment Share
Share via: 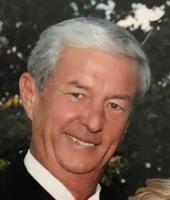