In Memory of
Gary Bruce
Adams
1956 - 2018
Click above to light a memorial candle.
Memorial Candle Tribute From
Dery Funeral Home
"We are honored to provide this Book of Memories to the family."
View full message >>>
Send Flowers
Menu 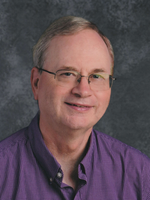 Gary graduated from Pittsfield High School in 1974 and then continued his education at BCC and UMass Amherst, where he received his Bachelors in Mechanical Engineering. He later earned his Masters in Engineering at RPI. However, Gary’s education was not confined to the classroom; his natural curiosity and love of learning were driving forces in his life.

He married the former Kathleen Marie Ryan of Watertown, MA in 1982. They shared 40 happy years together and had two children, Benjamin and Emily. Gary was an active father; coaching youth soccer, leading boy scout troops and attending every game or competition.

Gary began his career at GE in Field Service in 1984. He held on and adapted to new roles through all the changes from Lockheed Martin to General Dynamics to Raytheon. He also worked at Crane and Co for a time, serving as an engineer.

Although he was a talented engineer, Gary was most proud of his second career as an educator. He began as an adjunct at BCC, then he joined the faculty at Taconic for a year and finally his alma mater, Pittsfield High, for the last years of his life. He loved running the robotics club, attending basketball games and the annual musical.

Gary had many hobbies; playing the mandolin, snowboarding, bicycling, and fixing anything. He was an avid rider of the Ashuwillticook Rail Trail and taught snowboarding at both Brodie and Jiminy.

Besides his mother June Adams, Gary leaves behind his wife, Kathleen Adams of Lanesboro; son Benjamin Adams of Vancouver, BC, Canada; daughter Emily Adams of Austin, TX; four brothers, Dwight Adams of Hancock, MA, Kurt Adams of Arizona, Thomas Adams of Pittsfield, Samuel Adams of Dudley, MA; two sisters Kristen Gordon of Dalton, MA and Lynn Adams of Pittsfield as well as the Ryan family of Watertown, MA, many beloved nieces, nephews, friends and students for whom he cared deeply.

He was predeceased by his father, his mother-in-law Kathleen (Kelly) Ryan, his sister-in-law Sheila Ryan, and his sister, Noreen Wright.


To send flowers to the family or plant a tree in memory of Gary Bruce Adams, please visit our Heartfelt Sympathies Store.