Obituary for Fred A. Vittone 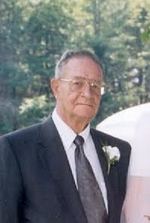 Fred Ano Vittone, 87, of Lanesboro, died Tuesday, April 25, 2017, at Mt. Greylock Extended Care Facility.
Born in Pittsfield on December 19, 1929, the son of Natale Giuseppe (Pop) and Stephania (Stella) Stomski Vittone, he attended St. Joseph High School, graduated from Pittsfield High School and earned a degree from the DeVry Technological Institute.
A World War II veteran, Mr. Vittone enlisted with the United States Navy on March
20, 1946, served as a Quarter Master Seaman aboard the USS Helena, USS St. Paul, USS Iowa, and USS Thomason, and was Honorably Discharged on May 3, 1950, receiving the China Service and World War II Victory Medal.
Mr. Vittone was employed by General Electric Company where he worked in Logistics at Navel Ordnance. He retired in 1990 after 39 years service having worked on projects such as Gemini, Apollo, and the Lunar Excursion Module.
He was an avid Red Sox and Patriots fan, who also enjoyed hunting, fishing, traveling, and spending time with his family, especially his children, grandchildren, and great grandchildren.
Mr. Vittone is survived by his two daughters, Denise M. Vittone, and Danielle B. Vittone and her husband, Randy Porter, of Lanesboro; three grandchildren, Scott D. Orpin and his wife, Amy, Coby H. Porter, and Wyatt C. Porter; and two great grandchildren, Kelsey S. Orpin and Gabriella P. Orpin; his brother, John Vittone and his wife, Lois Ann of El Cerrito, California; and his former wife, Beverly Soutier Vittone.
He was predeceased by a brother, William Vittone.


FUNERAL NOTICE:
Services will be for Fred Vittone (87) will be private. In lieu of flowers,
Memorial contributions may be made to Soldier On in care of DERY FUNERAL HOME, 54
Bradford Street, Pittsfield. To share a memory or condolence with the family please visit www.deryfuneralhome.com

To send flowers to the family or plant a tree in memory of Fred A. Vittone, please visit our Heartfelt Sympathies Store.