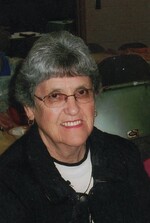 Born in Cheshire on December 31, 1930, she was the daughter of the late Azzo and Esther Graziani Bona.

She was educated in Cheshire and Adams Schools.

Mrs. Sumner was employed as a wirer, having worked for Berkshire Mills in Adams, Sprague Electric, and finally General Electric Company in Ordnance, retiring in 1987.

She was a communicant of St. Mary’s of the Assumption Church in Cheshire, where she was a member of the Kitchen Angels. Elsie also enjoyed going to the Cheshire Senior Center, knitting, crocheting and baking.

She was predeceased by two sisters, Agnes LaRoche and Marie Joppich.

FUNERAL NOTICE: A Liturgy of Christian Burial will be held, SATURDAY, MAY 22, 2021 at 10:00 a.m. at St. Mary of the Assumption Church in Cheshire. Burial will follow at Cheshire Cemetery. There will be no calling hours. In lieu of flowers, memorial contributions may be made in her name to St. Mary of the Assumption or to Cheshire Fire or Cheshire Police Departments in care of Dery Funeral Home, 54 Bradford St, Pittsfield, MA 01201.