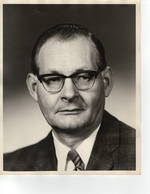 Born in Pittsfield on January 15, 1929, the son of Frank W. and Mary Miner Mottor, he was educated in Hinsdale schools and was a graduate of Dalton High School.

Mr. Motter was employed by General Electric Company where he was a winder in the Power Transformer Department. He retired on February 29, 1988 with 39 years service.


FUNERAL NOTICE: Funeral services for Edward J. Mottor will be held Thursday, April 4, at 6:00 p.m., at DERY-FOLEY FUNERAL HOME in Dalton with Rev. Christopher A. Malatesta, Pastor of St. Agnes Church, officiating. Military honors will follow. Calling hours will precede the service from 4:00 to 6:00 p.m. In lieu of flowers, memorial contributions may be made to the Overcoming Obstacles Scholarship through the Berkshire Community College Foundation in care of the Funeral Home, 890 East Main Street, Dalton.