To share your memory on the wall of Edward Mottor, sign in using one of the following options:

Provide comfort for the family of Edward Mottor with a meaningful gesture of sympathy.

Born in Pittsfield on January 15, 1929, the son of Frank W. and Mary Miner Mottor, he was educated in Hinsdale schools and was a graduate of Dalton High School.

Mr. Motter was employed by General Electric Company where he was a winder in the Power Transformer Department. He retired on February 29, 1988 with 39 years service.


FUNERAL NOTICE: Funeral services for Edward J. Mottor will be held Thursday, April 4, at 6:00 p.m., at DERY-FOLEY FUNERAL HOME in Dalton with Rev. Christopher A. Malatesta, Pastor of St. Agnes Church, officiating. Military honors will follow. Calling hours will precede the service from 4:00 to 6:00 p.m. In lieu of flowers, memorial contributions may be made to the Overcoming Obstacles Scholarship through the Berkshire Community College Foundation in care of the Funeral Home, 890 East Main Street, Dalton.
Read Less

To send flowers to the family or plant a tree in memory of Edward J Mottor, please visit our Heartfelt Sympathies Store.

Receive notifications about information and event scheduling for Edward

We encourage you to share your most beloved memories of Edward here, so that the family and other loved ones can always see it. You can upload cherished photographs, or share your favorite stories, and can even comment on those shared by others. 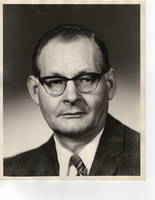