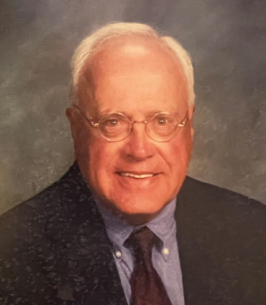 Dr. Frank Irving Burno, 96, of Pittsfield, passed away peacefully at his home surrounded by members of his family on October 26, 2022. A physician, scholar and adventurer, he was dedicated to community and family.

Born in Haverhill, MA on October 6, 1926, he was the son of Francis Irving and Ella Durling Burno. He graduated from Haverhill High School before going to the University of New Hampshire where he earned a B.S. and a M.S. in biology. His university education was interrupted by service in the U. S. Navy during World War II when he served as an Aviation Electronic Technician's Mate third class. He graduated from Hahnemann University Medical School (now Drexel University) in Philadelphia, PA in 1953, completing his internship and later a three-year residency in Internal Medicine at Kings County Hospital in Brooklyn, NY.
He married Patricia Alden Thayer on October 7, 1956. Upon their marriage, they settled in Pittsfield where they raised a family of five children. She predeceased him on December 9, 2019.

Dr. Burno practiced internal medicine with the firm of Pittsfield Medical Associates Inc, (aka 510 North Street Associates) in Pittsfield, MA from 1957 until his retirement in 1994. Early in retirement he served as physician to the federal Indian Health Service serving Native Americans (Assiniboine, Sioux, Chippewa and Cree) at Fort Peck and Rocky Boy's reservations in Montana.

During his years in Pittsfield, Dr. Burno participated in several community organizations, such as the Kiwanis Club, and was an early board member of the former Hope House, a chemical dependency treatment center. He was a longtime member of First Baptist Church, serving on many committees. He was also a member of the South Congregational Church Men’s Club.

His lifelong interest in learning led him to many adventures including scuba diving, photography, power squadron classes, and sailing in Long Island Sound and the Caribbean. He enjoyed camping, hiking, golfing, tennis, skiing and horseback riding. He also was a skilled amateur carpenter and writer of tales of his adventures. Throughout his life he was an avid reader with particular interests in history, environmental science and current events.

Dr. Burno is survived by his children, Susan Palmgren, Ph.D., and husband Mark of Portland, ME, Mark Burno and wife Alicia of Clinton, CT, Matthew Burno and wife Pamela of Pittsfield, MA, Tracy Cole and husband Henry of San Diego, CA, and daughter-in-law, Yukari Burno of Japan. He also leaves six grandchildren, Aileen Adams and husband, Dale, Heather Holmes and husband Matthew, Sylvana and Marcelo Burno, Cassidy and Chase Cole and two great-grandchildren Ayla and Frank Adams, and his cousin Elizabeth Collishaw and husband Clyde. In addition to his wife, he was predeceased by his son Jon Burno in 2017 and his sister, Mrs. Joann Burno Lamond.