To share your memory on the wall of David Bunnell, sign in using one of the following options:

Provide comfort for the family of David Bunnell with a meaningful gesture of sympathy.

Born in Pittsfield on December 22, 1945, he was the son of the late James and Rita Therien Bunnell.

Born in Pittsfield on December 22, 1945, he was the son of the late James and Rita Therien Bunnell.

David was a 1965 graduate of Wahconah High School. As a young man, he worked in his father’s machine shop in Peru, MA. And for many years, David was a self-employed carpenter often using his knowledge and skills to help family and friends.

David was an enthusiastic sports fan and also enjoyed playing sports. He was an avid golfer, bowler and loved playing and coaching volleyball. He was an award-winning volleyball coach and a dedicated and caring Special Olympics coach. David was a talented artist. He also enjoyed playing cards and appreciated all types of theater and musical entertainment. David volunteered regularly at the Hinsdale Fire Station for their social gatherings. He had a great sense of humor and was a loyal and generous friend.

A special tribute from one of his players: “David Bunnell was a volleyball fanatic. 25 years ago He was known for always bringing new people into the league, sharing his love of the game with them. He’d run clinics for newcomers at Morningside in his spare time just to help spread the joy of volleyball. He helped coordinate and run tournaments for charity. He built ref stands for our beach courts when the league didn’t have the funds. He coordinated with the city and originally installed the two sand courts there. He was able to have all the sand donated as well as all the materials for our storage shed, which he built for us in his spare time. In his later years Dave was the assistant coach for St. Joe alongside Peter Strack, doing what he’s always done, promote volleyball. In 2007, Dad was inducted into the Volleyball Hall of Fame in Holyoke, MA.

I remember asking him why he did so much for nothing. His response? ‘Anything for the kids’. I hope that all of you reading this understand what an impact he had on all of us without even realizing it. That we’ve all been fortunate enough to meet new people and form relationships as a direct result of his kindness and generosity. Whether he was coaching soccer, baseball, basketball, or volleyball he made the game special by bringing people together in the most beautiful way. I know that I will do my part to continue his legacy, and I know that so many of you will do the same. “

Mr. Bunnell is survived by his daughter, Candace Bunnell-Levesque and her husband Keith of Pittsfield; his son, Jason Bunnell, with whom he lived; four grandchildren, Jonathan and his fiance Cailin, Lillian, Garrett, Jr., and Kyle; and his great-grandson Eoin. He also is survived by his sister Bonnie DelMolino of Cheshire.

He was predeceased by his brother, Michael “Mickey” Bunnell and sister, Linda Jayko.

To send flowers to the family or plant a tree in memory of David Raymond Bunnell, please visit our Heartfelt Sympathies Store.

Receive notifications about information and event scheduling for David

We encourage you to share your most beloved memories of David here, so that the family and other loved ones can always see it. You can upload cherished photographs, or share your favorite stories, and can even comment on those shared by others.

Posted Feb 11, 2019 at 10:22pm
Rest In Paradise Mr. B. We will miss you dearly in our hearts and memories forever love you. Love Pattye Moretti
Comment Share
Share via: 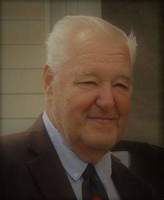 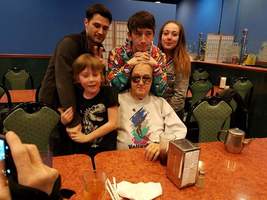 Dave Bunnell and Mickey Bunnell
5
4
+1
Add Photos
Upload up to 10 images at a time, max 8MB each