In Memory of
David C.
Ames Sr.
1953 - 2017
Click above to light a memorial candle.
Memorial Candle Tribute From
Dery Funeral Home
"We are honored to provide this Book of Memories to the family."
View full message >>>
Send Flowers
Menu 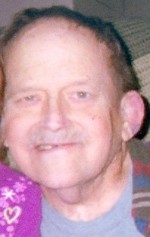 David C. Ames Sr., 64, of 310 East Housatonic Street in Dalton passed away at home on Tuesday evening, May 2, 2017. Born in Pittsfield on January 1, 1953, he was a son of the late Harry B. and Ethel Wilcox Ames. He was educated in Pittsfield schools and was a longtime Dalton resident. Dave was employed as a papermaker at Crane & Company in Dalton for over fifteen years. He had also worked at General Electric from 1973 to 1978. He retired in 1996 due to ill health. He was a member of the former Grace Episcopal Church in Dalton. He enjoyed bird watching and woodworking. His greatest joy was spending time with family and helping others. He leaves his wife, Elizabeth “Betsy” Daly Ames of Dalton whom he married on November 27, 1971 at St. Agnes Church in Dalton. His daughter: Kimberly Moulton and her husband Lucas of Stockbridge. A brother; Richard Ames and his wife Mary of Denver, CO. He also leaves his three granddaughters; Sophia, Moriah and Eliana and his mother-in-law; Josephine Daly of Dalton. He was predeceased by his son; David C. Ames Jr. who passed away April 13, 2000 and by two brothers; the late Harry B. Ames Jr. and the late Edward Ames.


FUNERAL NOTICE: Funeral services for David C. Ames Sr. who passed away May 2, 2017 will be held Tuesday, May 9, 2017 at 11:00 AM at DERY-FOLEY FUNERAL HOME in Dalton conducted by the Rev. William Furey, pastor of Berkshire Union Chapel. Burial will follow in Ashuelot Cemetery in Dalton. There are no calling hours. Memorial donations in memory of Dave may be made to the Berkshire Humane Society in care of the funeral home, 890 Main Street, Dalton, MA 01226. To share a memory or condolence with the family please visit www.deryfuneralhome.com


To send flowers to the family or plant a tree in memory of David C. Ames Sr., please visit our Heartfelt Sympathies Store.